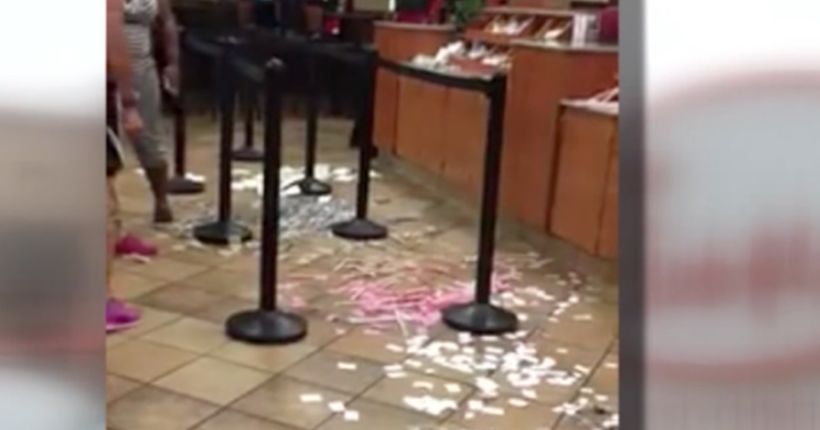 JACKSONVILLE, Fla. -- (WPTV) -- Two women trashed a Florida Chick-fil-A restaurant during an argument over an order.

Allison Music, who was in the restaurant and posted videos of the tirade online, tells Action News Jax it happened Monday night in Jacksonville. She wrote in a Facebook post that two women beat on a locked door trying to get inside as the store was closing.

Video she posted shows the women arguing with employees, tossing condiments on the floor and throwing an object that could be heard breaking in the background.

A police report says the women caused $900 in damage.

Music says children in the store were frightened.

In a statement, restaurant owner Chuck Campbell apologized for the disruption and said Chick-fil-A is cooperating with police, who are investigating.