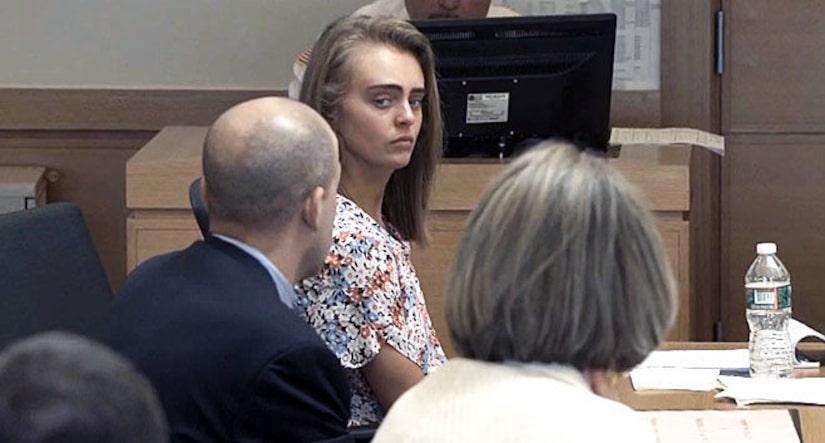 UPDATE : A young woman who as a teenager encouraged her suicidal boyfriend to kill himself in dozens of text messages and told him to “get back in” a truck filled with toxic gas was sentenced Thursday to 15 months in jail for involuntary manslaughter.

Michelle Carter was convicted in June by a judge who said her final instruction to Conrad Roy III caused his death. Carter was 17 when Roy, who was 18, was found dead of carbon monoxide poisoning in July 2014.

Juvenile Court Judge Lawrence Moniz gave Carter, now 20, a 2 1/2-year jail sentence but said she had to serve only 15 months of that. He also sentenced her to five years of probation. He granted a defense motion that will keep Carter out of jail until her appeals in state courts are exhausted.

The complete time of the sentence runs through August 1, 2022.

Carter's defense attorney Joseph Cataldo argued for the stay stating that Carter felt remorse for her actions and that she was not a danger to society.

While Carter waits for the appeals to be exhausted, she is not to leave the state of Massachusetts, has to give a DNA sample to the court, has to report to a probation officer, and can have no contact with Conrad Roy's family except for contact necessary during any civil litigation.

This status could take months or possibly years.

The family of Conrad Roy left court angry and in disbelief. “She gets to go home tonight into her nice home, whatever, she's got to stay in Massachusetts, she can be at Six Flags tomorrow,” said Jimmy Brodeur, Roy's uncle.

TAUNTON, Mass. -- (WBZ) -- A Massachusetts woman who encouraged her boyfriend to kill himself in dozens of text messages and told him to “get back in” a truck filled with toxic gas faces up to 20 years in prison when a judge sentences her on a charge of involuntary manslaughter.

Michelle Carter was convicted in June by a judge who said her final instruction to Conrad Roy III caused his death. Juvenile Court Judge Lawrence Moniz will sentence Carter Thursday.

In July, Carter's father David wrote to the judge asking him to be lenient in the sentencing.

David Carter wrote that, “She will forever live with what she has done… I pray to God you will take into consideration that Michelle was a troubled, vulnerable teenager in an extremely difficult situation and made a tragic mistake.”

Conrad Roy's aunt Kim Bozzi is expected to read a statement at the sentencing, urging the judge to give Michelle Carter the maximum sentence.

“I believe she should be kept far away from society… Take away the spotlight she so desperately craves. Twenty years may seem extreme but it is still twenty more than Conrad will ever have.”

Carter was 17 when the 18-year-old Roy was found dead of carbon monoxide poisoning in July 2014.

In dozens of text messages, Carter urged Roy to follow through on his talk of taking his own life. “The time is right and you are ready … just do it babe,” Carter wrote in a text the day he killed himself.

The sensational trial was closely watched on social media, in part because of the insistent tone of Carter's text messages.

“You can't think about it. You just have to do it. You said you were gonna do it. Like I don't get why you aren't,” Carter wrote in one text. 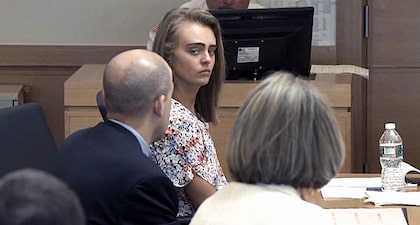