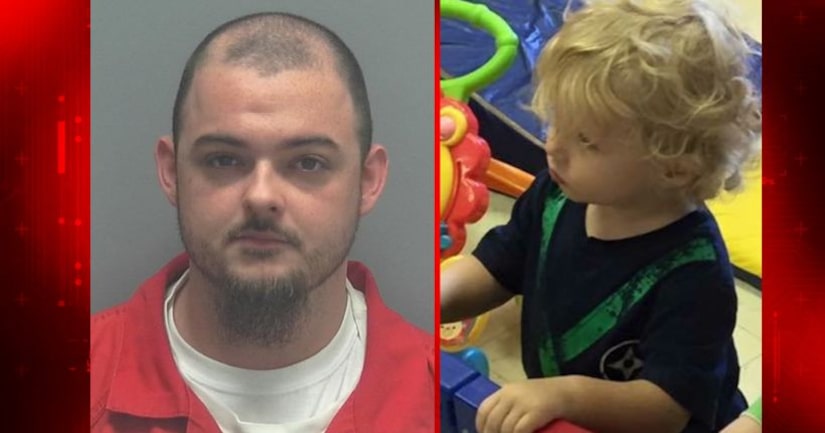 NORTH FORT MYERS, Fla. -- (WBBH) -- The Fort Myers man accused of abusing and then murdering a 2-year-old boy in mid-June turned himself in Thursday, according to the Lee County Sheriff's Office.

Just a baby, Chevy Catalano, allegedly died at the hands of 22-year-old Damien Palmer, who is charged with one count of second-degree murder and one count of aggravated child abuse, deputies say.

Deputies say on June 19, deputies were called to the home in the 2500 block of Zoysia Lane in North Fort Myers. That's when they found Catalano and sent him to Golisano Children's Hospital where they said he had extensive bleeding and significant brain swelling.

Documents from the sheriff's office say due to the severity of the 2-year-old, he was airlifted to Miami Children's Hospital, where doctors found that, in addition to the critical head trauma, the child also suffered injuries and bruises to other parts of his body. They told deputies that these injuries weren't your standard childhood injuries and reported the suspected child abuse.

Deputies then investigated the doctors' claims.

Ten days after being injured, Catalano's injuries were more than he could withstand and he died on June 29, according to those documents.

The sheriff's office says detectives found that the baby's mother, Amanda Strickland, had lived with Palmer and trusted him to watch her son while she worked. They also discovered that when the child was fatally injured, Palmer was in charge of caring for him. Further investigation pointed out Palmer as the man responsible for the injuries.

FULL STORY: Lee man turns himself in for fatal beating of 2-year-old - WBBH