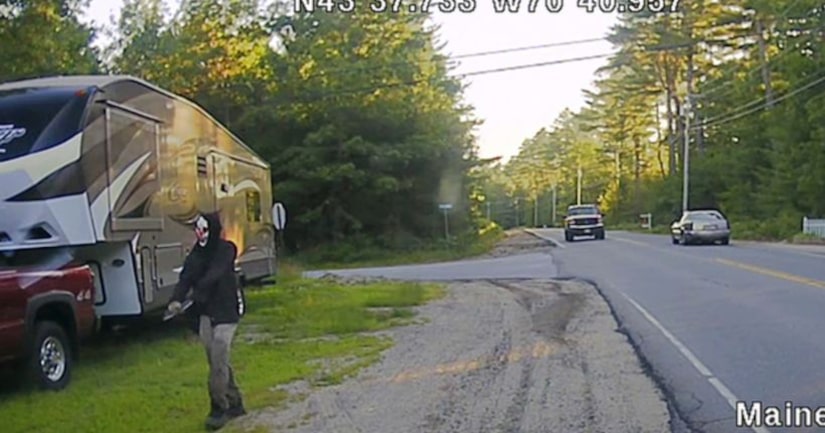 HOLLIS, Maine -- (WPTV) -- A man accused of drunkenly strolling down a road in Maine wearing a black-hooded sweatshirt and a clown mask and brandishing a machete taped to his amputated arm has been arrested.

Maine State Police told WCSH-TV that 31-year-old Corey Berry, of Hollis, was arrested Tuesday and charged with criminal threatening. He was released after posting $200 bail.

Police say Berry was first spotted in Hollis but then fled into the woods. He was taken into custody after re-emerging in Waterboro. Police say Berry was intoxicated but cooperative. He told officers that he was copying previous clown sightings as a prank.