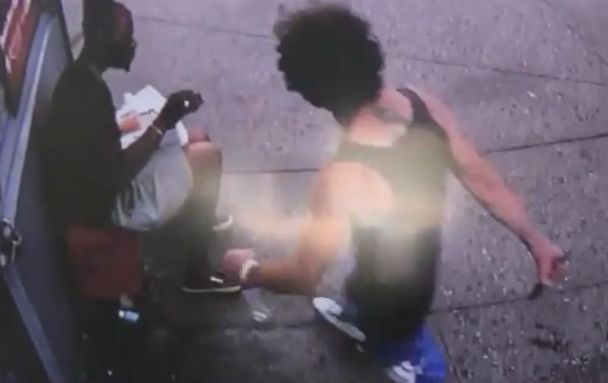 WPIX
WPIX - "The victim collapsed in front of a taxi and later died from his injuries."

BROOKLYN, N.Y. -- (NY) -- A man was eating a bagel outside a deli in Brighton Beach early Thursday when he was suddenly stabbed to death.

The 31-year-old man was sitting on a crate outside the deli when a knife-wielding assailant jammed the weapon into his chest. The stunned victim dropped his food and tried to run away, but the suspect chased him into the street and through the intersection.