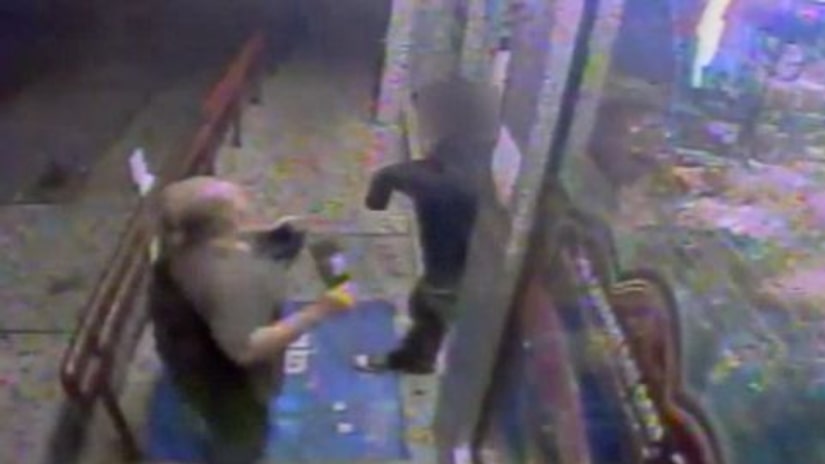 THE BRONX, N.Y. -- (WPIX) -- Authorities are looking for a man believed to be about 50 years old who viciously bashed a younger man in the face with a beer bottle following an argument in a Bronx deli in May.

Surveillance video from inside Gourmet Deli on Burhre Avenue May 23 shows the suspect gesturing at the 36-year-old victim as the victim stands by the counter. The victim shakes his head once or twice amid the apparent dispute.

The video cuts out for a second and the two are next seen outside, where the suspect grabs a beer bottle by the lip and bashes the victim in the face. The bottle shatters upon impact and the suspect flees.