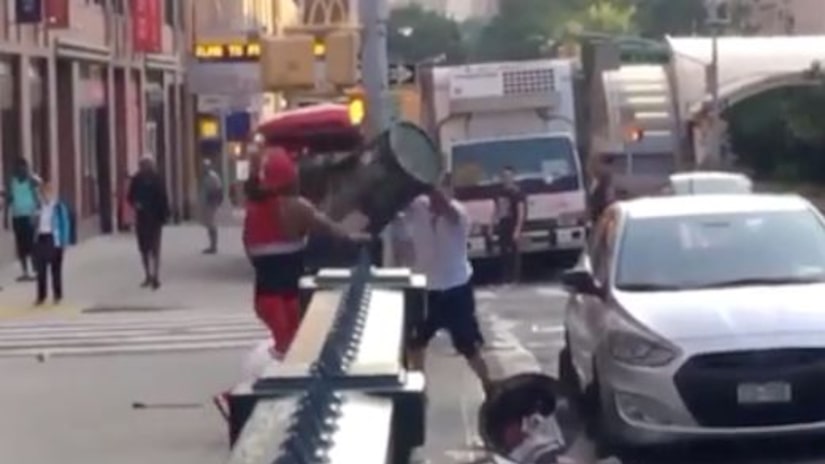 NEW YORK -- (WPIX) -- A pedestrian was forced to defend himself with a garbage can Wednesday morning after a driver got out of his car and threatened the victim with a machete, police said.

The victim was walking across the street around Broadway and West 94th Street around 6:50 a.m. when Luis Roman, 40, shouted at him to pay attention, police said. The driver got out of his car and pulled out a machete.

He smacked it against the sidewalk and the two men circled around the car.

Video shows the victim wielding a trash can to defend himself as the machete-wielding driver walks toward him.