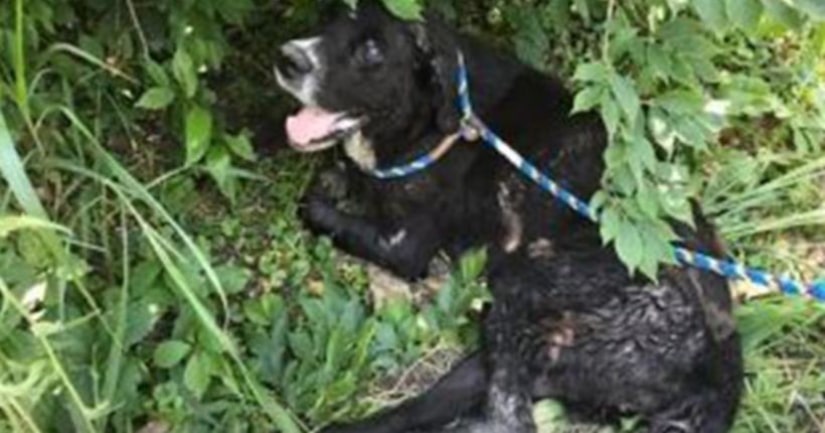 ST. LOUIS -- (KTVI) -- An amazing story of abuse and survival: a dog found shot multiple times with all of its limbs broken.

Rescuers have named her, Glamour.

Police are looking for a suspect in one of the worst cases of animal abuse investigators say they've ever seen.

Glamour still too battered and broken to move anything it seems. Still, her tail keeps wagging. It's been that way since Stray Rescue founder, Randy Grim, saw her in a vacant lot in East St. Louis.

An anonymous caller called Stray Rescue after finding Glamour and noticing she couldn't move to get a drink of water. She'd been dumped at 31st and State Street in East St. Louis on July 9th.

“It's so heartbreaking because she is so kind and so loving. When she sees me she wags her tail. She is life worth saving,” Grim said.

She had 1 bullet fragment in her rear left leg and another in her neck, said veterinarian, Dr. Rebecca Nichols.

Her front leg bones are snapped in half with one bone popping through her skin.

She has broken ribs, a jaw fracture, and a badly gouged left eye. It will have to be removed.

“Yeah, she was pretty beat up,” Nichols said.

“They broke her legs, all of them,” Grim said.

Somehow the 1-2 year-old Newfoundland mix refused to give up.

So, Stray Rescue won't give up on Glamour.

“She's just a special dog. Everybody who meets her loves her,” Nichols said. “She was in incredible pain but she's been wagging her tail. (Stray Rescue volunteers) painted her toenails (pink). It's a little silly. But we all really, really, love her, and we give her every chance. She deserves a chance at a good home.”

“To me these types of crimes are just as important because whoever did this to her is still out there,” Grim said.