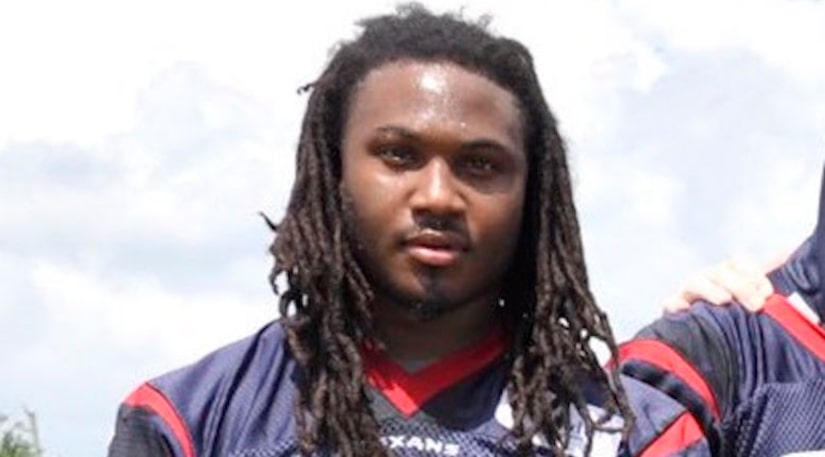 AUSTIN, Tex. -- (KIAH) -- Texans rookie running back D'Onta Foreman is used to busting tackles on the football field, but now he's been busted off the field. Instead of taking handoffs, it was Foreman in handcuffs, taken into custody for possession of marijuana and unlawful carrying of a weapon.

Foreman was arrested on the campus of the University of Texas at Austin early Sunday morning. Campus police say someone reported the smell of marijuana coming from three cars parked near a residence hall. Police arrived to found Foreman, and six other men in the vehicles. All seven of them were cited for possession, but because Foreman had a gun he was booked into the Travis County Jail on an additional charge, while the others were released.