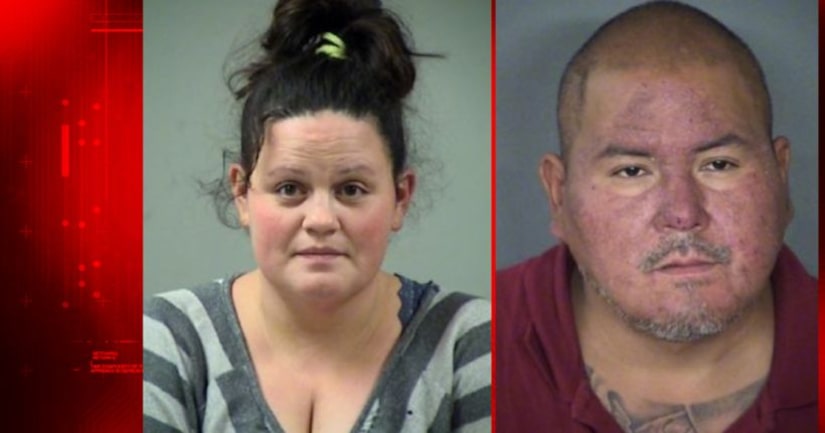 SAN ANTONIO -- (KABB) -- Police say a woman admitted to them that she waited in a car as her husband broke into cars at a West Side cemetery.

According to arrest papers, police were notified about the car break-ins in mid-April by a woman who noticed her credit card was stolen while she attended a funeral at San Fernando Cemetery III. Surveillance video apparently showed the woman's card was immediately used at a nearby grocery store and the woman using the card was identified as Reagan Romo.

When police spoke with Romo, she admitted to investigators that her husband, Victor Romo, broke into cars at the cemetery while she waited in a car. She also admitted to using the credit card at the store, according to court papers.