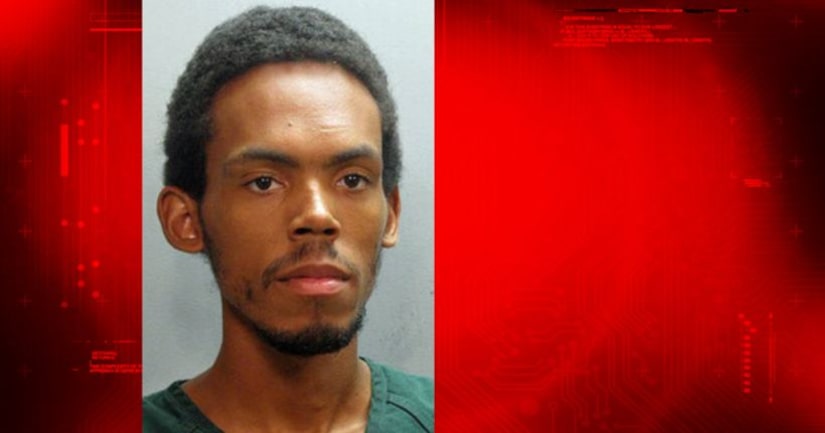 JACKSONVILLE, Fla. -- (WJXT) -- A 28-year-old Jacksonville man who's a registered sex offender is back behind bars after police said he was caught recording with a cellphone up a little girl's skirt inside a Southside library.

The incident was reported Wednesday afternoon in the children's section of the Pablo Creek Library off Beach Boulevard.

William Thomas IV recently got out of prison three months ago after serving time for burglary and lewd and lascivious molestation. Now he's charged with video voyeurism after police said an 11-year-old boy saw Thomas recording up his 9-year-old sister's skirt in the library.

The boy told police he saw Thomas squatting behind his sister with his cellphone pointed to her skirt.

The boy told his mother, who immediately notified a staff member, who called 911.

Police responded and caught up with Thomas before he left the property. They asked him to put his phone inside a paper bag, which he did.

Library officials said Thomas is now on the trespassing list and all 21 Jacksonville branches have been notified to call police if Thomas is seen, if he's released from jail.

Wei Chen, a mother of two, said she is feeling uneasy after learning about Wednesday's incident.

“The library should be a place that's safe for parents and the little kids too,” Chen said. “I have a little girl. She's only 2-months-old, and when she gets older, I want to make sure she's safe.”

Chen said this is a scary reminder that parents can never be too safe.

“I always keep an eye on him, make sure he's not too far from me in my sight, make sure I can see him,” Chen said.

News4Jax crime and safety analyst Gil Smith said that because libraries are public, people can come and go as they please.

Smith said the girl's 11-year-old brother did the right thing by immediately telling his mom.

He said that although the library seems like a safe place, a parent should always be with their child if possible. If the parent can't be with the child, the child should stay near the librarian station so an adult is nearby.

Library representatives said the event was very unfortunate and that they have a strict code of conduct to ensure things like this don't happen.

“I'm not really shocked by it, which is sad, because I have a little sister who's 7, and if something like that ever happened to her, I would feel sick,” 17-year-old Maddie Schuh said. “That would be disgusting.”

Thomas, who is being held on $100,000 bond, is listed as a registered sex offender by the Florida Department of Law Enforcement after he pleaded guilty in 2010 to burglary and lewd and lascivious molestation on a small child.

He served four years in prison for breaking into a Downtown home, stealing several items, including a young girl's underwear, and admitted to stalking the girl and inappropriately touching her little sister.

Thomas also had a 2007 arrest for lewd and lascivious battery on a teenage student at Mandarin High School after police said he groped a girl. He was 18 years old at the time and pleaded no contest to simple battery.