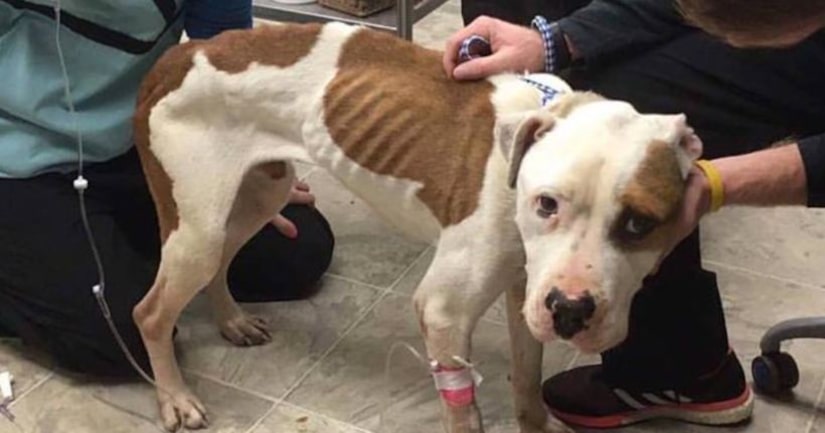 KANSAS CITY, Mo. -- (WDAF) -- Two Kansas City residents have been charged with felony and misdemeanor animal abuse in connection with an injured dog known as “King,” rescued by animal control officers in January 2017.

According to court records, Animal Control responded to 1835 Kensington on reports that a dog there did not have any food, water, or shelter. The officer found a 3-year-old dog known as King with a chain around his neck, head under the fence. King had deep wounds to the neck from the chain. The tan/white pitbull mix dog was also extremely thin and emaciated. It was kept in an unclean area.

When animal control officers freed King, he began seizing and shaking and was unresponsive. He was not able to walk on its own.

Original story: Starving dog could only lay down, but his tail wagged when rescuers came near

Officers knocked on the door and it was answered by a woman, who said she never looked in the backyard, and that the dog belonged to her cousin. When asked how long it had been there, she said 3 to 4 weeks.

KC Pet Project said when they did X-rays on King, he had nothing in his stomach but old corncobs – the only thing he'd found to eat to keep him alive.

FULL STORY: Two charged with abuse of dog who began seizing and shaking when finally freed from chain - WDAF