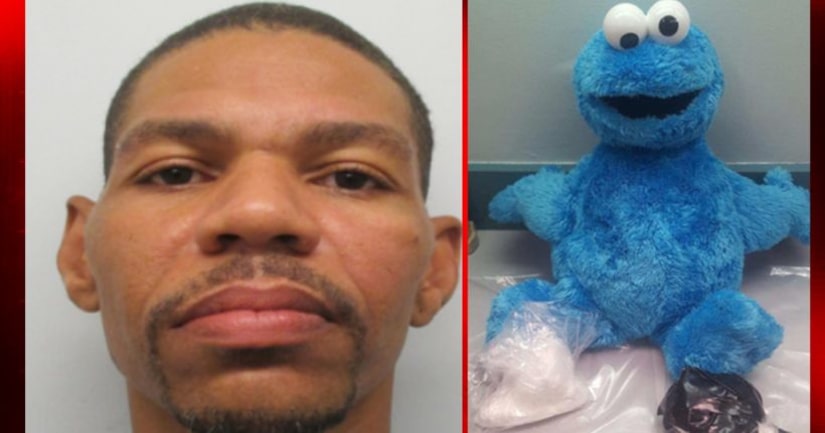 MARATHON, Fla. -- (WKMG) -- A 39-year-old Key West man is in jail after he was caught with a large amount of cocaine hidden in a Cookie Monster doll, according to the Monroe County Sheriff's Office.

Camus McNair was arrested Wednesday on a charge of cocaine trafficking.

A deputy initiated a traffic stop on U.S. Highway 1 in Marathon after a car drove past him with its license plate obscured and windows illegally tinted, sheriff's spokeswoman Becky Herrin said.

When the driver, identified as McNair, rolled down his window, the deputy could smell marijuana coming from inside the car, Herrin said.

Paperwork found inside the backpack indicated that it didn't belong to McNair, Herrin said.