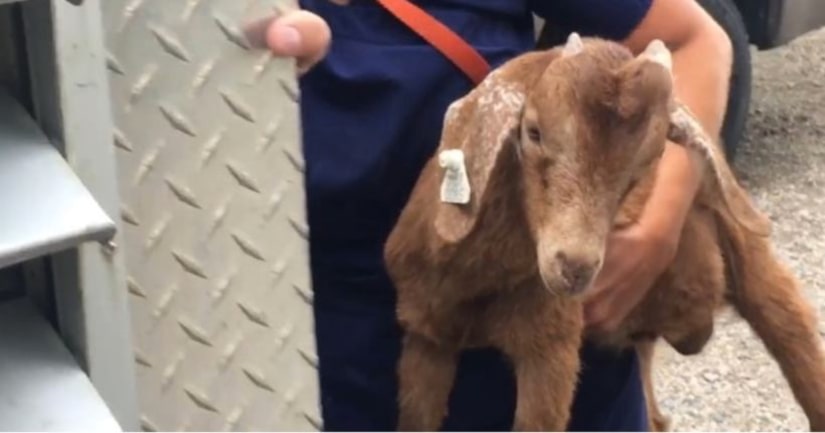 DALEVILLE, Ind. -- (WXIN) -- More than 100 goats, pigs, cows and horses are being removed from a Daleville farm.

The animal welfare investigation comes after officials tell FOX59 they found hundreds of emaciated animals and dozens that were dead.

“It is incredibly overwhelming,” said Phil Peckinpaugh, the City of Muncie and Delaware County Animal Care and Services Director. “It is a dark, debris-filled, feces filled barn.”

Some of the animals were so weak that workers used tarps to carry them to the truck.

Many animals never made it out of the barn.

“I would say there are at least 20 dead animals on the property and that is a conservative estimate. We just keep finding more,” said Peckinpaugh.

Animal Care and Services says an anonymous tip led them to the farm. At this point, officials do not know how long the animals were suffering.

Peckinpaugh says the owner of the farm also has a second property where many more sick animals were found earlier this week.

“I think he probably started with the best intentions just like a lot of people do. It just really got out of hand,” said Peckinpaugh.

At this time, no charges have been filed against the owner. Now, the workers are focused on caring for these sick animals, before more die.

“It takes a lot of money and a lot of resources to keep a farm like this going and unfortunately this gentleman could not do it,” said Peckinpaugh.