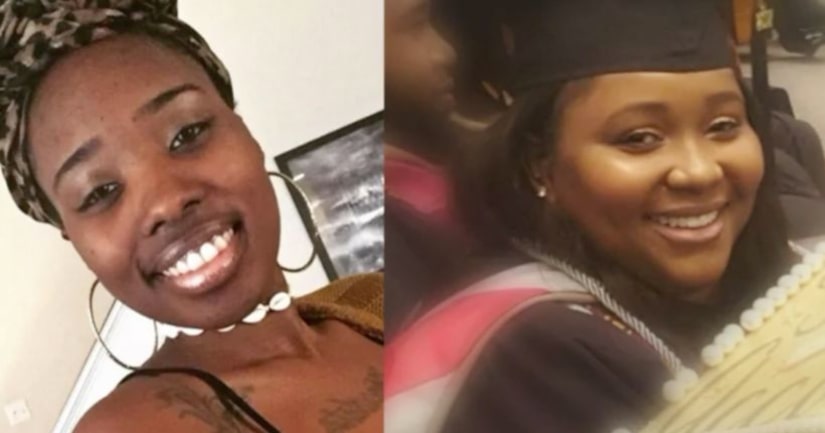 RICHMOND, Va. -- (WTVR) -- The reward being offered to help catch the gunman who murdered two women on I-95 in Richmond Mother's Day weekend has increased to $50,000.

Sunday afternoon the victims' grieving families along with dozens of others marched through Shockoe Bottom demanding answers now that it's been eight weeks without an arrest in the deaths of Sharayne Holland and Tanna Gardner.

“We came to get justice for my daughter, Sharayne,” Wayne Holland said. “The way she was killed was unnecessary, it was almost like a terror attack for me.”

The two had been out celebrating Gardner's graduation from Virginia Union University. As they were leaving downtown, troopers said they got in an argument with someone in a parking lot.

The victims were followed by a car that pulled up next to them. A person inside that car opened fire.

“These girls had a great future and contributed to society,” said Deborah Holland speaking about her daughter's death.

“They are gonna be celebrating graduation, weddings, and special events and they don't have a mother in their life anymore because some monster decided to take these two beautiful women,” said Deborah Holland.

Tanna's father said more needs to be done to stop other families from having to suffer in the future.

“There's too much violence, not enough gun control, and laws to govern guns on the street,” said Ron Gardner. “These people are getting high-powered weapons easily.”

As for what justice or closure would mean, Sharayne's mother said that day will not come with an arrest or even with a life sentence for the gunman if they are ever brought to trial.

“The Bible speaks of if you kill someone you are to be stoned to death,” added Deborah Holland. “Not everyone has that law but because I live in the state of Virginia, because you did double homicide, justice will be served and it says that you have to go.”