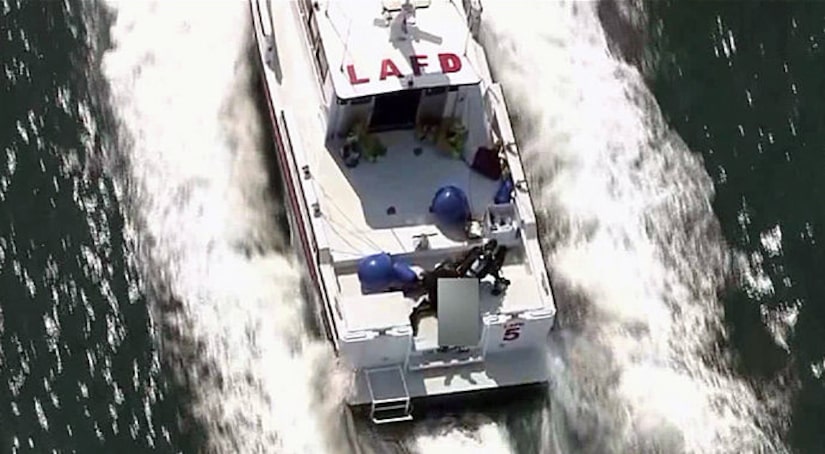 WILMINGTON, Calif. -- (KTLA) -- Los Angeles Fire authorities found human remains in the water near the Port of Los Angeles in Wilmington on Saturday.

Police received a call about a body floating in the water around 4:30 p.m. at the California Yacht Marina, Berth 202, according to Lt. Howley with the Port of Los Angeles Police Department.