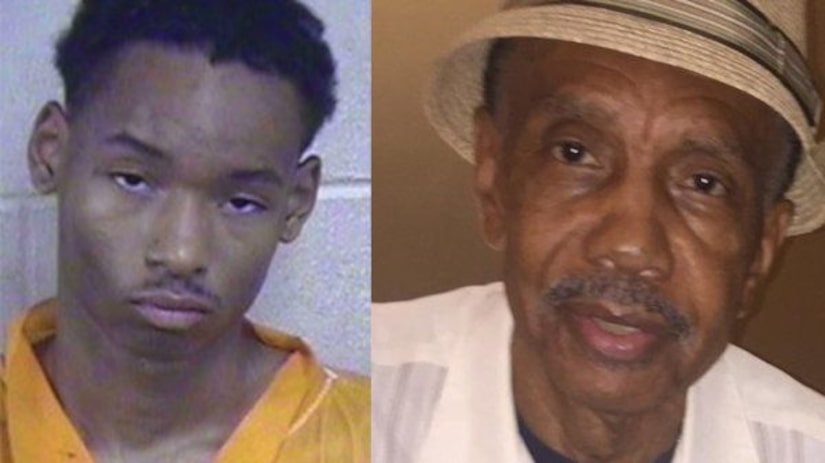 KANSAS CITY, Mo. -- (WDAF) -- Law enforcement is now saying the man who assaulted a guard inside in the Jackson County Jail Thursday was just arrested over the weekend for allegedly killing his 77-year-old grandfather in Blue Springs.

Tyreik Baldwin, 21, is charged with first-degree murder in his grandfather's death.

The Jackson County Sheriff's office says Baldwin was meeting with an attorney, and when he was being taken back to his cell he apparently attacked a female guard. That guard was taken to the hospital with bruising to her face.

Baldwin was issued what's called a "general order summons" Friday morning, which is a ticket for assaulting the guard.

FOX 4 spoke exclusively with Baldwin's aunt who said it's unfortunate the guard was hurt, and jail is right where Baldwin needs to be.

"This news that we received is just another blow," Robin Gregory said. "Someone else now has been affected by, you know, whatever those demons are that have taken Tyreik."

Baldwin allegedly killed his grandfather then stuffed him in a freezer.

The day Harvey Baldwin's body was found police say Baldwin had assaulted another family member over spilled sugar. He then led deputies on a chase down I-470 before he was arrested.