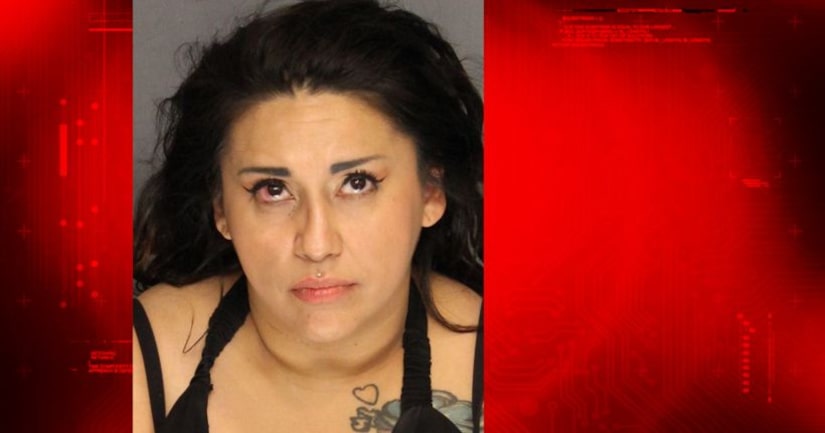 STOCKTON, Calif. -- (KTXL) -- Police in Stockton say a woman set fire to a home occupied by her ex-boyfriend and crashed her car through the kitchen wall Monday evening.

The chaos unfolded around 6 p.m. on Cottage Court, near Stagg High School.

Police said 33-year-old Arr-Nivia Patron poured gasoline on the outside of the home where her ex-boyfriend lives with his current girlfriend. She ignited the gas, according to investigators, and then drove her car into the kitchen wall and ended up partially inside the home.

The man was hit by Patron's car but did not require medical attention, police said.

Patron was arrested at the scene and city code enforcement came to inspect the home, and deemed it unsafe to be inside.

Police later confirmed the home was bank-owned and the couple living inside were squatters using a fake rental agreement and utility bill.