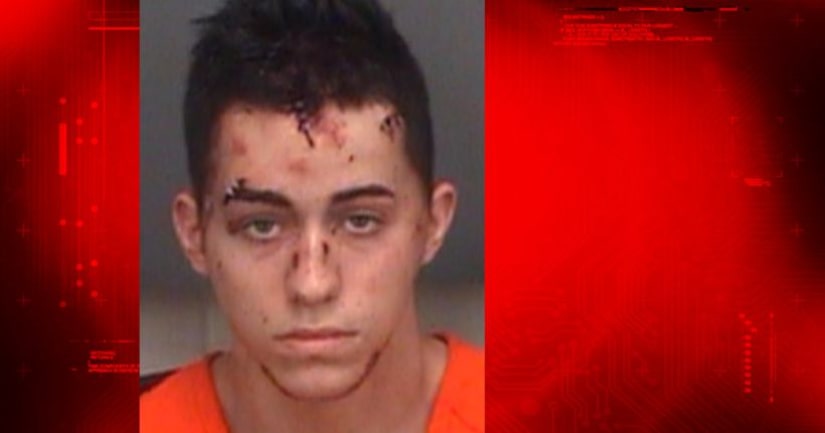 TARPON SPRINGS, Fla. -- (WPTV) -- A stranger who barged into a Florida woman's apartment was shot by a neighbor, who then barricaded herself and her 3-year-old in a bathroom as the man lunged for her.

The Tampa Bay Times and WFTS-TV reported that 18-year-old Daniel Morley began yelling and knocking on doors in a Tarpon Springs apartment complex. A woman told Pinellas County deputies Morley appeared to be bleeding from the head and opened her door to help him.

That's when she said he attacked her. Neighbor Brittany Cheek looked through her peephole and saw the attack and confronted Morley with a gun.

When he tried attacking her, too, the 31-year-old fired several times, striking Morley in the leg. She then locked herself and her child in a bathroom.

The sheriff's office said Morley then attacked arriving deputies, injuring two before he was subdued.