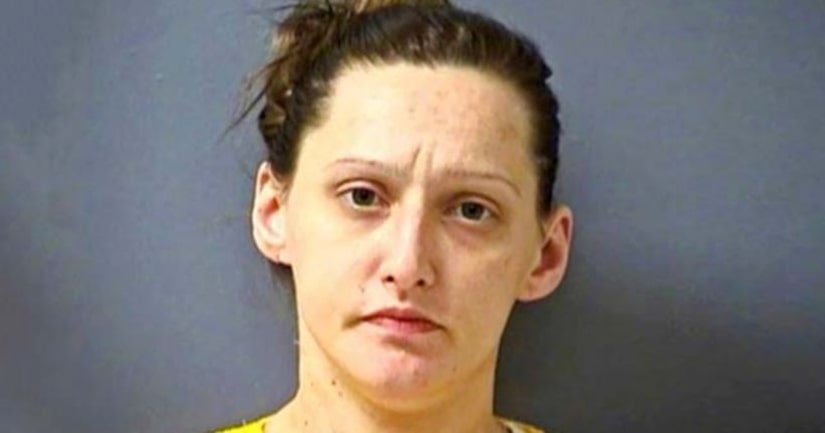 EAST BUTLER, Pa. -- (WKBN) -- A woman who overdosed on heroin while she was seven months pregnant has been charged with assault of an unborn child.

Kasey Dischman, 30, of Evans City, was arraigned Wednesday on a single count of aggravated assault on an unborn child, who was delivered a day after the overdose and is now on life support. She was unable to post the $500,000 bond and was sent to the Butler County jail.

Dischman had spent much of her pregnancy in the same jail for retail theft. She was released about five days before the June 23 overdose.

Dischman told police she injected herself with heroin she found under a couch in a home in East Butler.

When she was released from jail, she had been prescribed Narcan, a substance that can counteract the effects of a heroin overdose, according to the criminal complaint. But police and paramedics called to the home didn't administer it because it initially appeared Dischman was suffering from a seizure or other injury. Paramedics told police she had a closed head injury and was vomiting with seizure-like activity when they arrived, the complaint said.

Dischman wasn't treated for an overdose until a test at UPMC Mercy hospital in Pittsburgh turned up opioids in her blood.

Dischman's boyfriend, the father of the infant and their 6-year-old daughter, denied there was drug activity at the home, but police said he later acknowledged when they brought him in for a urine test that he had used heroin. He's not been criminally charged.

Dischman's baby was delivered the day after the overdose. The infant girl “is now on life support and will have lasting injuries,” police said in the complaint.