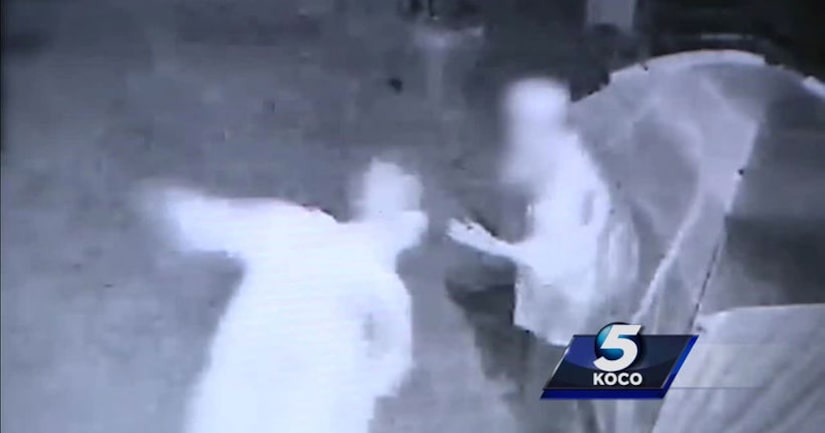 DEL CITY, Okla. -- (KSTU) -- A father in Oklahoma decided to take matters into his own hands after an app let him know that his teen daughter was swapping sexually charged messages with a 33-year-old man.

Per KOCO, the unidentified Del City dad had installed the FamilyTime app, which helps parents keep tabs on their children's online activity, on his 15-year-old's device, and he was angered to find out the adult male had been exchanging sexually themed messages and photos with his daughter, per the Washington Post.

To make things worse, the two had also decided to meet in person for the first time—which is when the girl's dad decided to act. “He was ready, and we were, too,” the father tells KOCO.

By “ready,” the dad meant he had his wife, the teen's stepmom, wait in a tent in their backyard, while he, a nephew, and a cousin hid and waited until, he says, the man showed up and peeked inside the tent.

At that point, the family members tackled the alleged perp and restrained him with zip ties; per KSWO, the dad and his vigilante helpers held the man until police arrived, while the teen remained in the house, not clued in to what was going on.

“I had to do what was right as a father,” the dad tells KOCO, which has the June 22 surveillance video of the DIY sting. “[He] walked into the wrong backyard.” The man was arrested and charged on complaints of unlawful communication by the use of technology, using a phone and social media to communicate with a minor.

This article originally appeared on Newser: A Man Sent Sexual Messages to a Teen. Her Dad Took Action