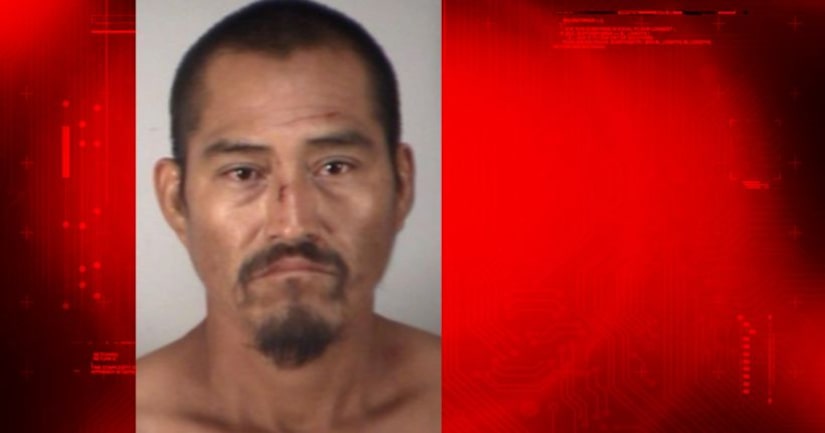 LEESBURG, Fla. -- (WKMG) -- A 63-year-old man was severely injured when a man who was trying to get into his home attacked him with a machete early Thursday morning, according to the Leesburg Police Department.

The victim and another man were having a drink on the victim's screened-in porch around 1 a.m. when Carlos Reyes, 35, walked up the victim's driveway and attempted to get inside the home. The victim repeatedly told Reyes to get off his property or else he would call police, an incident report said.

When Reyes still wouldn't leave, the victim sprayed him with pepper spray that he had attached on his keychain, according to authorities. The victim opened the screen door to again tell Reyes to leave, at which point Reyes grabbed a machete and repeatedly struck the victim, according to the arrest report.

"Call the police, he's killing me, he has a machete," the victim yelled to his friend.

Police said it's unclear where Reyes got the machete. He left the scene after the attack, according to authorities.

Police said the victim was semi-conscious when they arrived, suffering from severe injuries to head, torso and arm, and his hand was nearly severed. The 63-year-old man was airlifted to a local trauma center. He is in "extremely critical condition," police said.

Authorities returned to the scene of the crime later Thursday morning and found a blood-soaked machete in overgrown vegetation in a neighboring yard.

Around 4:40 p.m. Thursday, police received a tip from a woman who said a man named Carlos was responsible for the attack. An officer was preparing to meet with that woman when another woman approached and said Reyes is her husband and she believes he may have been involved in the crime.

She said Reyes came home in the middle of the night, "covered in blood," sweating and breathing heavily, the arrest report said. Reyes claimed that a dog attacked him but he had no physical injuries, according to police.

Police said she told them that Reyes has become increasingly violent lately and has been using illegal drugs, including PCP.