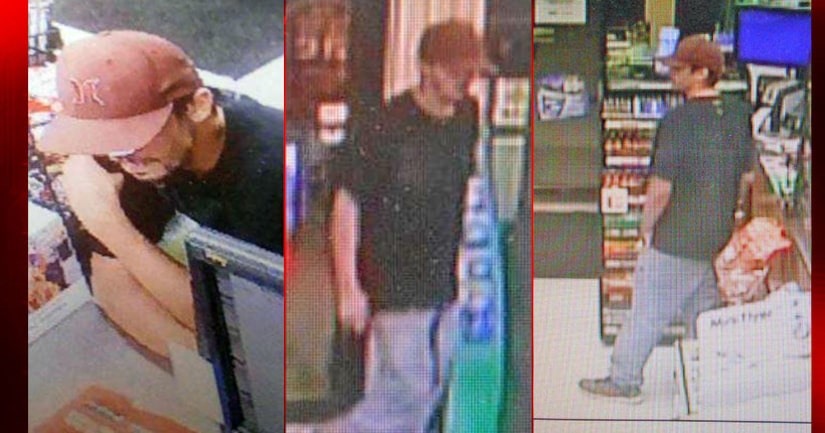 HORRY COUNTY, S.C. -- (WMBF) -- Horry County Police are looking for a man they say tried to rob a convenience store with a knife earlier this month near Little River, but apologized after the clerk was unfazed by his robbery attempt.

On Sunday, June 18, HCPD responded to an armed robbery call at the Circle K at 13 East Highway 90 in the Little River area, according to a police report. There, the night clerk told them that a white male with small build came in at about 1 a.m., demanded money from the cash register, and pulled a knife on the clerk.

“The clerk unfazed by the assailant's efforts denied the suspect the money and told him to leave the store,” the report states. “Once the suspect realized that his efforts were going nowhere he then apologized to the clerk and folded his knife placing it in his pocket before exiting the store.”

The clerk said the suspect got into a Chevrolet Suburban, either as a passenger or the driver, and left toward North Myrtle Beach.

Police reviewed the surveillance camera images and described the suspect in the report as a man in his early 30s, standing about 5 feet 9 inches tall and weighing around 130 pounds. He was wearing a burgundy Hurley brand hat, blue jeans and a black T-shirt.