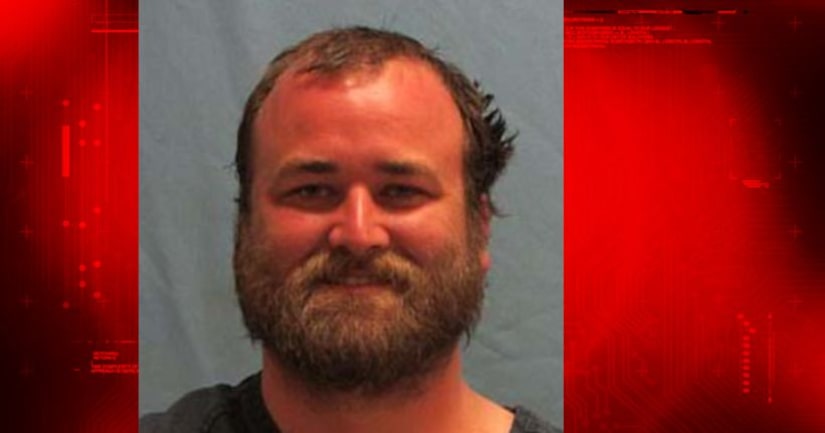 LITTLE ROCK, Ark. -- (WMC) -- Capitol police arrested a man after Arkansas' new Ten Commandments monument was smashed to pieces when someone rammed a vehicle into it early Wednesday, less than 24 hours after the 6-foot (1.8 meter) granite statue was placed on state Capitol grounds.

The driver is identified in an arrest report as Michael Tate Reed of Van Buren, Arkansas. A Facebook Live video shot early Wednesday and posted on an account belonging to a Michael Reed appears to show the destruction of the monument.

In the video, the sky is dark and the Arkansas Capitol's dome is visible. Music is heard followed by a female voice, likely on the radio, saying, "Where do you go when you're faced with adversity and trials and challenges?" The driver is then heard growling, "Oh my goodness. Freedom!" before accelerating into the monument. The vehicle's speedometer is last shown at 21 mph (33 kph) and then a collision can be heard.

Pulaski County jail records show that Reed was booked into the jail shortly after 7:30 a.m. Wednesday on preliminary charges of defacing objects of public interest, criminal trespass and first-degree criminal mischief, with Capitol Police listed as the arrest agency.

Arkansas' monument fell from its plinth and broke into multiple pieces as it hit the ground.

"As far as what happens to the monument, it's unclear at this time," Powell said. "The first thing will be to clean up the debris."

Nearly three years ago, a Ten Commandments monument at Oklahoma's Capitol met a similar fate, when a driver crashed his car into the statue, shattering it. That driver was identified as Michael Tate Reed of Van Buren, Arkansas. He was admitted the next day to a hospital for mental treatment and formal charges were never filed. It is not yet clear if he is the same person who attacked the Arkansas monument.

The privately funded, granite monument in Little Rock weighed 6,000 pounds (2,721 kilograms). It was installed Tuesday morning on the southwest lawn of the Capitol with little fanfare and no advance notice. A 2015 law required the state to allow the display near the Capitol, and a state panel last month gave final approval to its design and location.

Plans for Arkansas' monument sparked a push by the Satanic Temple for a competing statue of Baphomet, a goat-headed, angel-winged creature accompanied by two children smiling at it. Efforts to install that display, however, were blocked by a law enacted this year requiring legislative approval before the commission could consider a monument proposal. The Satanic Temple has vowed a lawsuit over the measure, and said it didn't believe the law should be applied retroactively to its proposal.