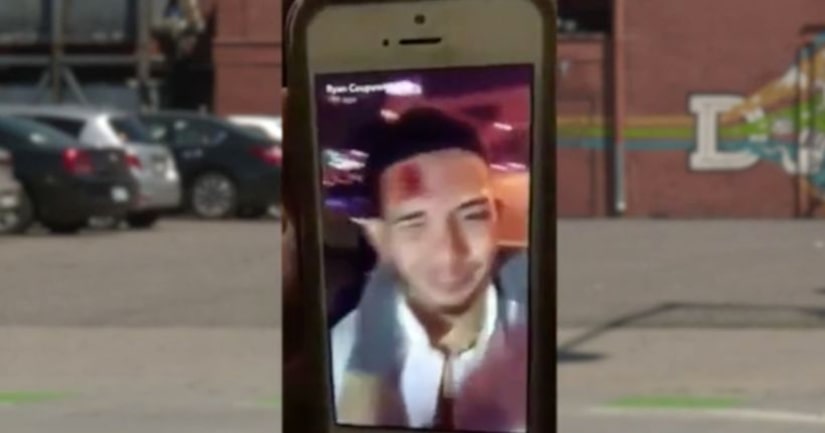 DENVER -- (KDVR) -- Police are investigating the latest downtown-area mugging after a man reported being knocked unconscious and robbed at Lawrence and 22nd streets early Sunday morning.

Video evidence, allegedly shot by the suspects, could help the Denver Police Department in its investigation.

After the attack, the victim learned the suspects used his Snapchat cellphone application to record themselves. That video could be viewed by people connected to the victim.

“They posted a story of themselves monkeying around after what happened,” Ryan Coupens said.

Coupens said he was waiting on an Uber as bars were preparing to close in lower downtown early Sunday. As he waited, Coupens said a group of six men started to attack him before he was hit with something from behind.

“I don't remember anything after getting hit in the back of the head,” Coupens said. "I have a huge lump.”

Coupens said he woke up more than an hour later. He was without his keys, watch, wallet, $700 in cash and new iPhone.

Coupens said his stolen credit cards were used Sunday afternoon at a nearby Walgreens. Surveillance video shows who Coupens believes played a role in the attack.

Anyone with information is asked to call Metro Denver Crime Stoppers at 720-913-7867.