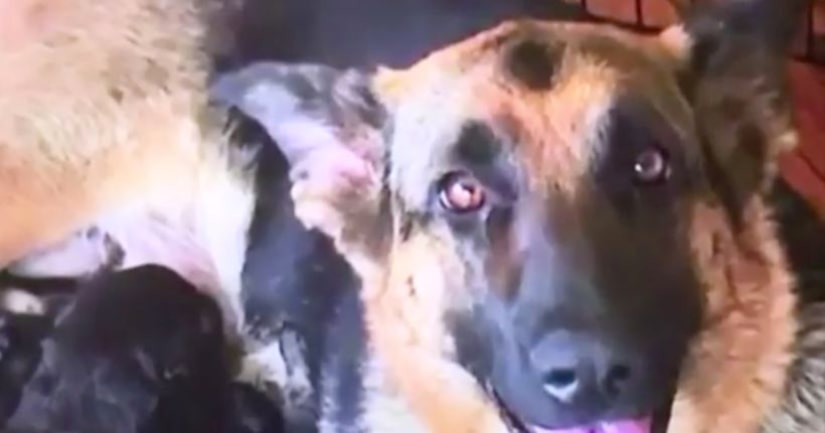 ELK GROVE, Calif. -- (KTXL) -- An Elk Grove family's excitement over a baby on the way is now overshadowed by sadness.

"They're just our life, it's a part of us, it's never going to be the same without them," said dog owner Melissa Harris.

Just half a mile from their house, two dogs belonging to Harris and Mike Foster, Nina and Bullet, were shot and killed by Elk Grove police officers Thursday morning after they got out of the backyard.

The Elk Grove Police Department says a jogger was bit by one dog around Misty River Way and reported it to animal control.

According to the police department, when animal control responded, the dogs charged at the officer -- that's when police back up was called.

A department spokesperson says both animal control and police officers tried to contain the dogs, but they were too aggressive. They called them a public safety hazard and said there was no choice but to shoot them.

"Words don't describe it. I know it's dogs, people who aren't dog people say 'Oh it's just dogs,' but I raised these dogs," Foster said.

Foster says Nina and Bullet weren't aggressive. While he admits they have gotten out of the backyard before, he says they didn't attack people.

"A puppy is going to run up, bite someone's heels, if that did happen, does that constitute them to put multiple bullets through these dogs?" Foster said.

A trail of blood still lines a sidewalk on Oakley Way where the dogs were shot. That trail leads right up to neighbor Brook Chappell's home.

"I am devastated to know they died here on my porch. I can't imagine what the owners must be feeling like," Chappell said.