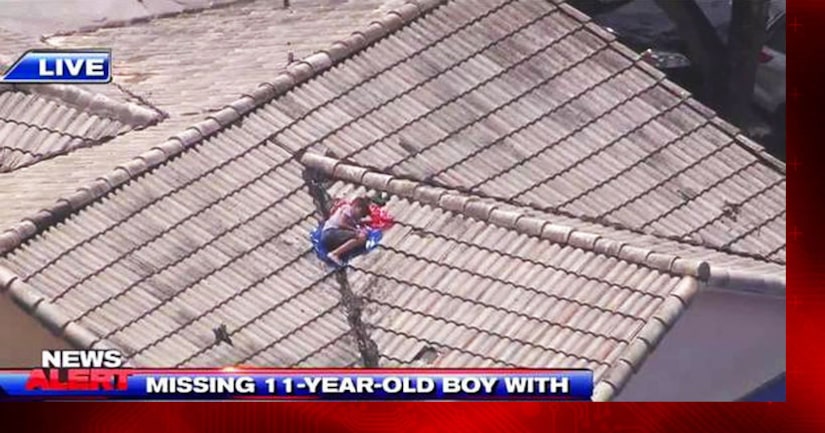 HIALEAH, Fla. -- (WPHL) -- The search for a missing 11-year-old Florida boy ended when a WSVN television news helicopter spotted him camped out on the roof of the family home Tuesday afternoon.

Angel, who says he has ADHD, told reporters he didn't want to go to camp and got into a fight that morning with his mother. He clambered onto the roof of his family's Hialeah home but didn't tell anyone where he was going.

His mother called 911 around 10 a.m. to report him missing, according to police. Police bloodhounds were searching for Angel a couple hours later when a news helicopter spotted him lying on the tiled rooftop.

WSVN alerted police and Angel eventually agreed to come down.

“I was thinking about how hard my mom works to do this, and I just do the most stupidest things sometimes,” Angel told WSVN. “It's very difficult for her, and I'm proud of the patience she has for me.”

As for Angel's family, they're just glad to have him home safe.