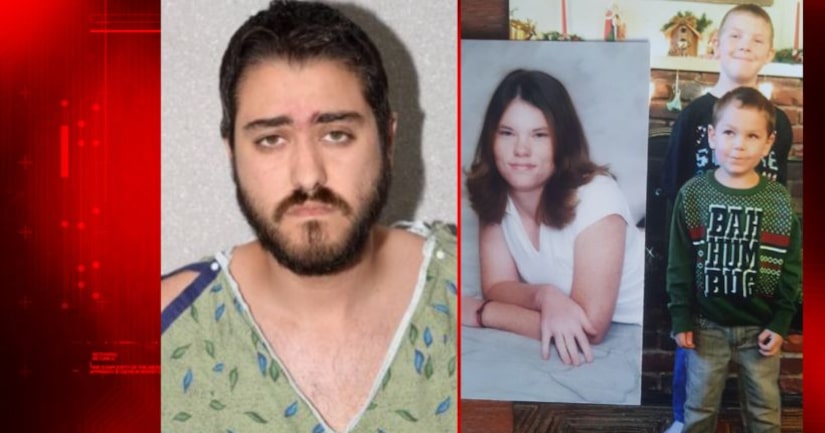 MODESTO, Calif. -- (KTXL) -- A man was arrested Wednesday in connection to the deaths of his wife and two children inside their Modesto home, according to the Modesto Police Department.

Oscar Espinoza, 28, was released from the hospital Wednesday and booked into the Stanislaus County Jail on three counts of murder.

Police were called out to the home on Bay Meadows Drive just after 7 p.m. Wednesday for a reported assault. When they arrived, they found Oscar Espinoza in front of the home bloody, with what appeared to be self-inflicted injuries. He was taken to a local hospital for treatment. When police conducted a security check inside the home, they found the bodies of the three victims.

Police have not released the official cause of death for the three victims, however, their injuries were consistent with blunt force trauma.