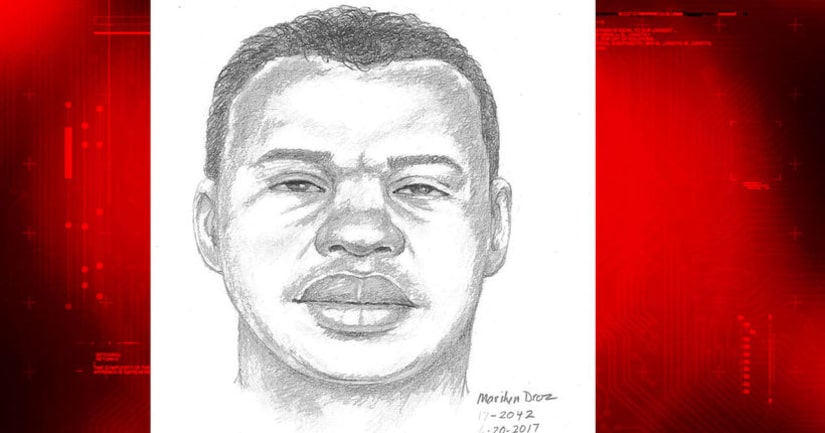 LOS ANGELES -- (KTLA) -- A woman was sexually assaulted over the weekend in Manhattan Beach, and police on Wednesday released a sketch of the suspect as they asked for the public's help in finding her attacker.

The victim was walking to her parked vehicle in the 800 block of Ardmore Avenue Saturday around midnight when she was approached behind by a man, according to a Manhattan Beach Police Department news release.

The man knocked her to the ground and proceeded to sexually assault the woman, the release stated.

She was able to fight off the attacker, but suffered injuries during the incident, police said. It was unclear whether she was taken to a hospital for treatment.

The assailant fled the scene and was last seen running toward Valley Drive.

Police described the wanted man as an approximately 30-year-old Hispanic man, approximately 5 feet 9 inches tall and weighing between 180 to 200 pounds, according to the release. He was wearing a gray shirt and black sweat pants.