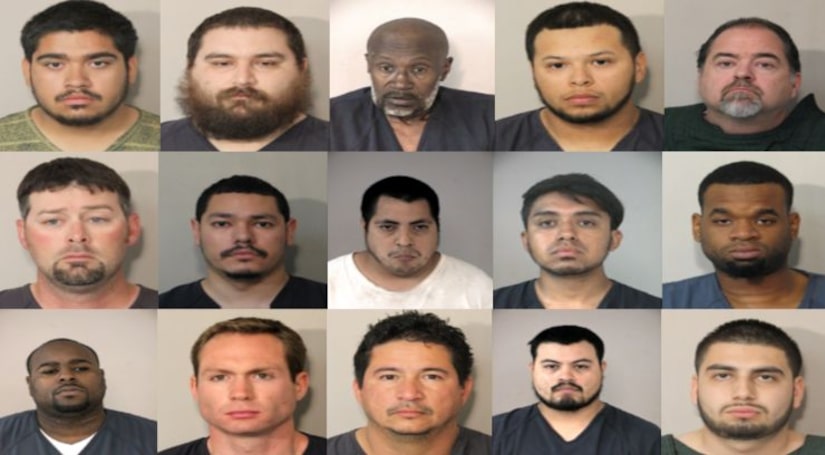 SUGAR LAND, Texas -- (KIAH) -- Thirteen men accused of trying to lure children into having sex with them online have been arrested, the Sugar Land Police Department said.

During the two-month Operation Broken Heart mission, task force officers engaged in communication with suspects using social media websites accessible to adults and children. Through online communication, officers were able to direct suspects attempting to engage in sexual contact with children to another location where the online predators were arrested.

The following men were arrested and charged with state and federal crimes including possession, promotion or distributing of child pornography.