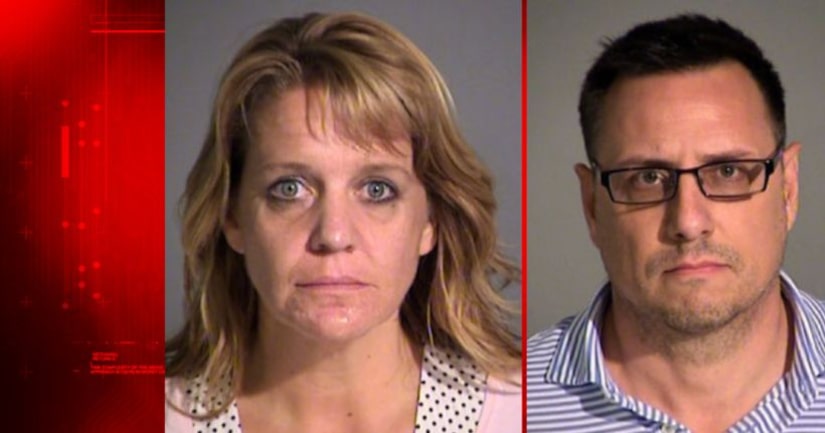 INDIANAPOLIS -- (WXIN) -- A mother and father were arrested after police say they brought their infant to an Indianapolis bar.

Now, 42-year-old Shari Treba and 45-year-old Michael Trosclair are being charged with neglect of a dependent and public intoxication.

Police were called to the incident at Wild Beaver Saloon at 20 E. Maryland St. just after midnight Friday.

When officers arrived, they found Treba drinking beer with her baby outside the roped area of the bar, according to court documents.

Witnesses told police she had been offering sex to people who would go inside and get her beer, court documents say. They also said she had been seen drinking while breastfeeding the child and alleged she had left the baby unattended to go inside the bar and buy more beer.

One of the responding officers said Treba had a “very strong odor associated with an alcoholic beverage on her breath and person.” Officers administered a preliminary breath test, which came out as .193%, court documents say.

As police contacted Child Protective Services, Trosclair approached the scene and said he planned to call an Uber to return to their hotel. He also reportedly appeared intoxicated.

Police say the man became angry as officers told him medical personnel would have to check the child. That's when police put him in handcuffs, fearing he may fight them with the baby right there, according to court documents.

“Partying was more important than their child,” an IMPD detective wrote in an affidavit.