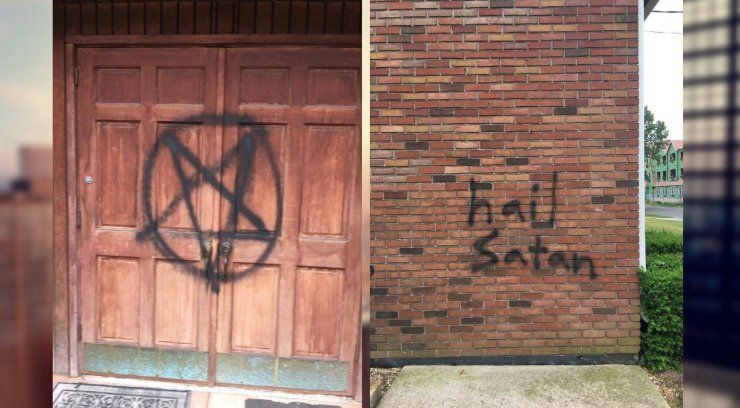 PIX11 exclusively obtained images showing satanic graffiti from a concerned parishioner. One of the pictures displays a satanic symbol in front of a church and another shows the words "Hail Satan" sprayed over a brick wall.

"It's very upsetting that someone would desecrate a house of God," said Deacon Alton Lamont.

Lamont has worked at Amityville Full Gospel Tabernacle for about four years. He hopes that the person behind the spray paint will come to the church to pray instead of coming to the church to desecrate it.