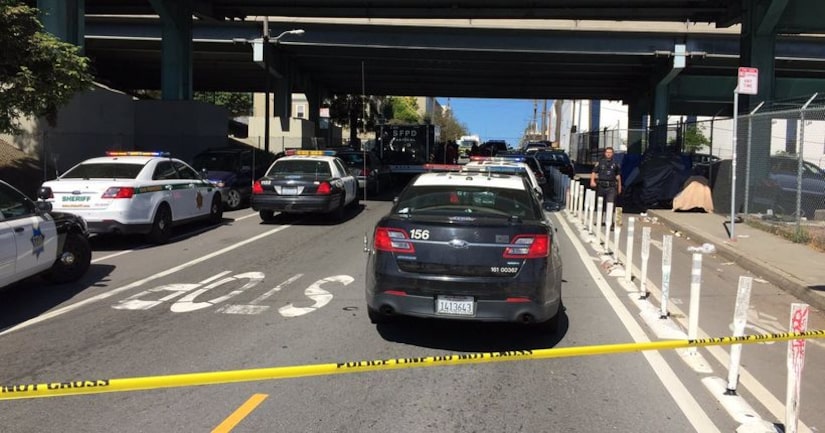 SAN FRANCISCO -- (KRON) -- Four people are dead, including the gunman, after an employee opened fire at a UPS Center in San Francisco Wednesday morning.

The shooting happened at around 9 a.m. inside of the UPS customer service center near 17th and Utah.

SFPD says there are six shooting victims. Four are dead, including the gunman.

Police responded to a report of multiple people shot. They entered the building and confronted the gunman, who was wearing a UPS uniform. Once police confronted him, he put the gun to his head and shot himself.

UPS spokesman Steve Gaut said that an employee fired inside the facility before the drivers were sent out to do their normal daily deliveries.

No officers were injured in the shooting.

The site of the shooting is the Potrero Hill area, a largely residential neighborhood. The shooting was also not far from a Whole Foods market and the brewery that makes Anchor Steam beer.