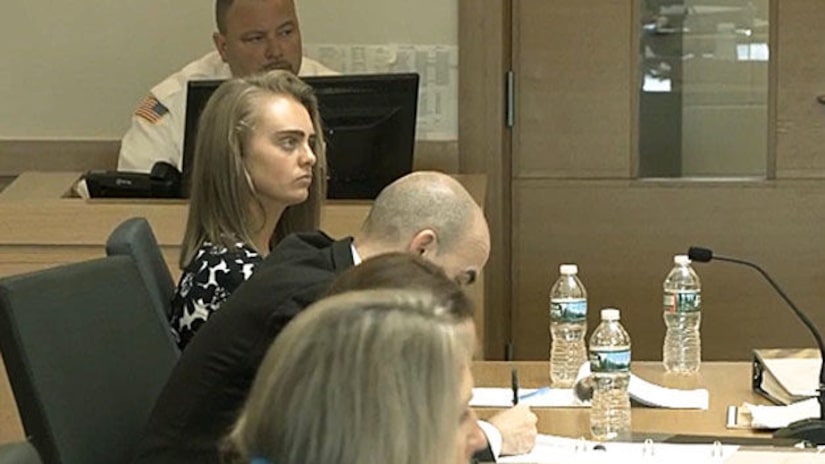 TAUNTON, Mass. -- (WBZ) -- A psychiatrist took the stand for the defense in the texting suicide trial against Michelle Carter on Monday.

Dr. Peter Breggin was brought in to testify about his knowledge of antidepressant drugs and their impact on juveniles. He also painted a caring, loving yet struggling image of Carter, who was 17 at the time of her boyfriend, Conrad Roy's death.

Carter is charged with involuntary manslaughter in connection to Roy's death after he was found dead in his truck of carbon monoxide poisoning in 2014. On Roy's phone, were a series of text messages and phone calls from Carter that prosecutors say, show how she was pushing Roy to commit suicide.

Her lawyers say Carter was prescribed Celexa for her depression in 2014. This medication could effect impulse control, Breggin said on the stand.

According to Breggin, the black box warning on the medication “specifically says that there is an increased risk of suicide in people age 24 and younger. It describes the studies from which this was determined.”

He explained that it was important for him to also look at Carter's text messages to other people at the time to examine the consistency of her demeanor.

To Breggin, Carter appeared as “very vulnerable” and “a person struggling with a suicide of her own.”

“She, in her mind, has to help [Roy], has to keep him alive, believes she loves him,” said Breggin. “She's getting frustrated by him again and again and again. He's saying 'no,' 'nah,' 'not interested.'”

On Friday, Carter's lawyers argued that Roy was already determined to take his own life, and that Carter got caught up in his plan.

Roy set out “To build a relationship with her, a very dark one, that will end up with him in heaven and them communicating with each other, and that this is a good and glorious goal,” according to Breggin.

“She's a helper,” testified Breggin. “Her whole life is helping, everybody says…she's the biggest helper, she lives to help people and make them happy.”

He said Carter went through a transformation shortly before Roy's suicide. Under the involuntary intoxication of her anti-depressant, Carter shifted her energy toward helping Roy make it to heaven. She then became increasingly aggressive when Roy made claims that he was going to kill himself but did not.

Following a lunch break, the prosecutors began to cross-examine Breggin.

Prosecutors made the argument that Carter was aggravated and aggressive long before the transformation Breggin references right before Roy's death, trying to undermine the defense's involuntary intoxication point.

They also tried to poke holes in what Breggin described as his base point for evaluating Carter's behavior.

The defense began calling witnesses in the case Friday, after Judge Lawrence Moniz denied their request to drop the case.

It is unknown whether Carter will take the stand in her own defense now that the motion has failed.