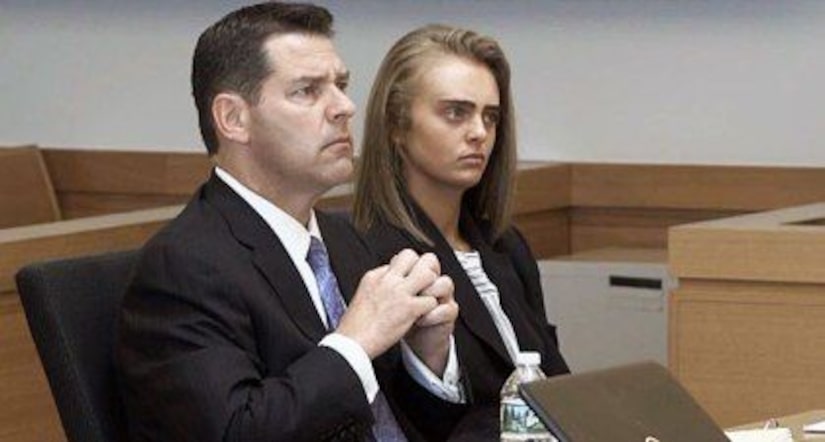 TAUNTON, Mass. -- (WBZ) -- An acquaintance of the Plainville woman accused of encouraging her boyfriend's suicide said that woman admitted his death was her fault, and that she could have prevented it.

Prosecutors say Michelle Carter sent dozens of text messages to Conrad Roy in 2014 pressuring him to go through with killing himself. They allege she did so because she sought attention from classmates, and wanted to play the role of a grieving girlfriend.

In July, 2014, Roy was found dead in his pickup truck from carbon monoxide poisoning, according to police. Carter is charged with involuntary manslaughter.

A series of young women who took the stand Wednesday described Carter's texts to them in the hours before and after Roy took his life, some saying he was missing, some saying she was on the phone with him when he died and said they were surprised at the texts, because they weren't very close with Carter.

One classmate, Samantha Boardman, even said Carter texted her saying that she felt responsible for Roy's suicide because of her texts to him.

Fairhaven Police Detective Scott Gordon testified that he found Roy's phone after he killed himself, and discovered his text conversation with Carter. He was then granted a search warrant for Carter's phone, and arrested Carter.

Testimony began earlier with Alexandra Eithier, a friend of Carter's who worked at a Plainville summer camp with her, taking the stand.

Eithier, 19, said Carter began texting her about Roy very quickly, even though they didn't know one another well.

Eithier read texts to the court that she had exchanged with Carter, in which Carter told her her boyfriend, Roy, was “in a bad place right now.”

After only a few days of knowing each other and only one day after Roy's death, Eithier said, Carter told her her boyfriend had committed suicide and that she had heard him do it over the phone.

Prosecutors say Carter was on the phone with Roy for about 45 minutes while he inhaled carbon monoxide, but did not call 911.

Olivia Mosolgo, 20, was next on the stand. She attended King Philip Regional High School with Carter, and was on the softball team with her.

Mosolgo testified that Carter had an eating disorder, which she said eventually affected her ability to play the sport.

Boardman said she talked with Carter about that eating disorder, but said she became frustrated with her.

Mosolgo also said Carter told her she felt like she had no friends and was never invited to parties.

Mosolgo said Carter texted her about Roy's suicide, and that even though they were not close, she went to Carter's house to comfort her.

“He told me he was going to do it I just never believed him,” Mosolgo said Carter texted her.

She said Carter often texted her about “personal problems.”

Eblan said Carter talked about “cutting” herself, though Eblan never saw her with wounds.

She said Carter and Roy did not see each other very often, and told the court she also received texts from Carter about Roy's suicide.

Eblan said Carter also texted her that she was going to pick up a suicide note Roy had written for her, and offered to show it to Eblan once she received it.

“I know Sam wants to see it and stuff, so maybe we can do something Thursday if you're free,” Carter texted her.

She said she didn't recall Carter's demeanor changing much after Roy's suicide.

In opening statements Tuesday, the prosecution described Carter as a high schooler without many friends who wanted the sympathy and attention of being a grieving girlfriend.

Carter's defense, however, argued that she tried to talk Roy into getting help but they say she got wrapped up in his plan, and that he would have committed suicide regardless.

Carter waived her right to a jury trial on Monday, meaning that Judge Lawrence Moniz will now act as jury, and members of the community won't decide her guilt or innocence.

Judge Moniz was set to visit the parking lot where Roy killed himself Wednesday afternoon.