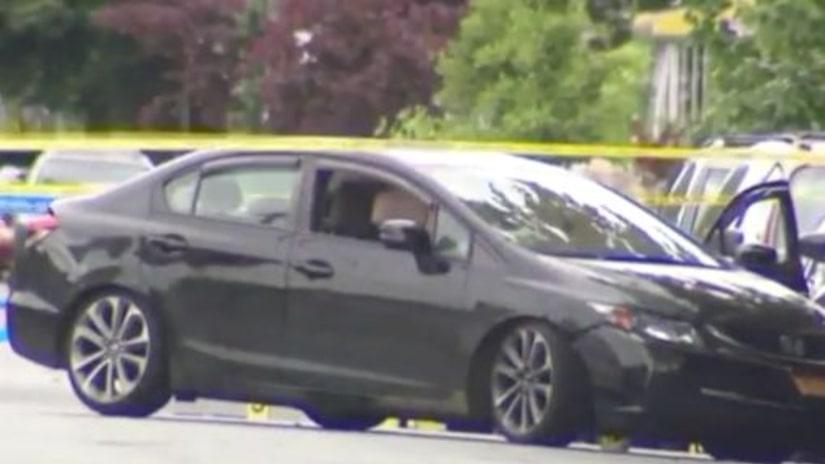 BROOKLYN –– (WPIX) -- Four people are in custody after a cop was dragged for several blocks in Brooklyn overnight, leaving him in critical condition, police sources said Sunday evening.

Officer Dalsh Veve, a 9-year veteran of the NYPD and father of a 2-year-old girl, was one of six plainclothes officers who responded to a series of 911 calls before midnight Sunday near East 53rd Street and Tilden Avenue. After they arrived, the officers found a party at the location and determined the sounds were fireworks, NYPD Commissioner James O'Neill said.

FULL STORY: NYPD officer fighting for his life after being dragged by stolen car for several blocks in Brooklyn; 4 in custody - WPIX