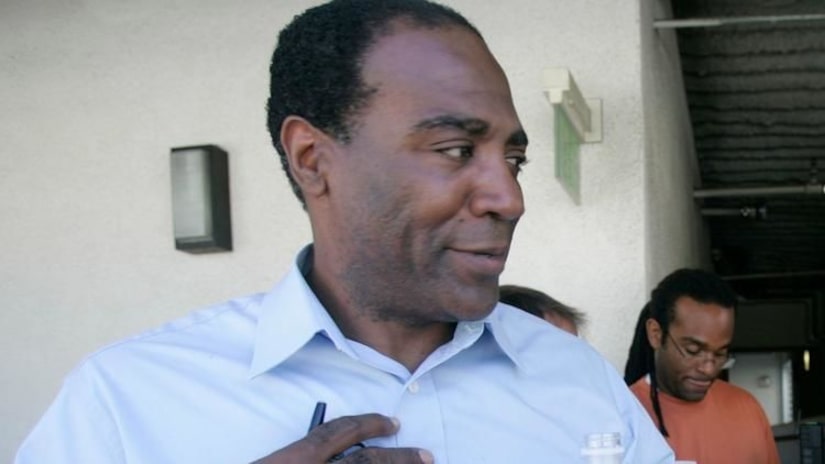 LOS ANGELES -- (KTLA) -- Former Olympic track star Danny Harris — who had recently been a coach at Gabrielino High School — was arrested Friday on suspicion of contacting a minor with the intent of committing a sexual offense, authorities said.

The San Gabriel Police Department said it launched an investigation following a report of alleged inappropriate contacts between Harris and a student.

“The school district and the police department are working together to ensure [that] the safety of students remains of utmost importance,” police said in a statement. “We will continue to work closely together as this issue moves forward.”