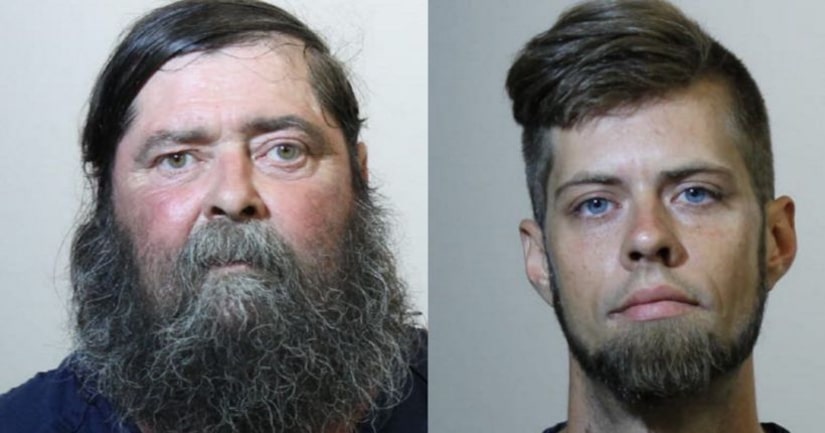 The alert helicopter was conducting routine patrols near Wildwood Trail in Geneva on Wednesday when the spotter noticed marijuana plants. Jerry Kendall, 62, and Michael Logan, 30, rushed to pull out the plants in an attempt to destroy the evidence before authorities could arrive on the ground, according to the arrest reports.

The helicopter camera was filming as the men gathered the plants in a pile, doused them in gasoline and set the marijuana ablaze, a news release said.

Firefighters quickly arrived to douse the flames, and deputies arrested the men. About 40 marijuana plants were found on the property, 30 of which were destroyed in the fire, authorities said.

Kendall told deputies that he lives on the property but doesn't do any drugs, and Logan told deputies he just moved into the home on Monday, according to the arrest report.