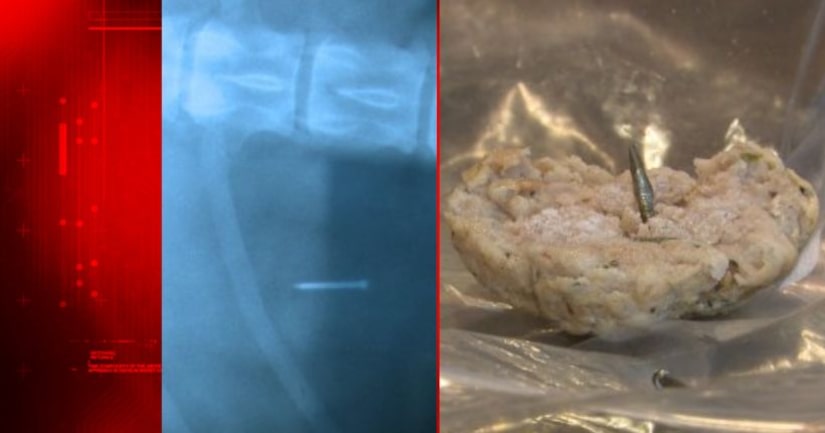 MADISON COUNTY, Ala. -- (WHNT) -- A Madison County mail carrier is charged in an animal cruelty case.

Madison County Sheriff's deputies charged Susanna Burhans, 47, with aggravated animal cruelty after they say she fed meaty treats with dangerous ingredients to dogs along her route.

He found one of the meatballs on the ground by his mailbox at his New Hope home, and discovered that the meatball was filled with nails. He believes the mail carrier had already fed one to his dog, Missy.

He became worried about Missy, and tells us he took her to the veterinarian. Glover showed us x-rays he says were taken that day, and nails are clearly visible inside the dog's stomach.