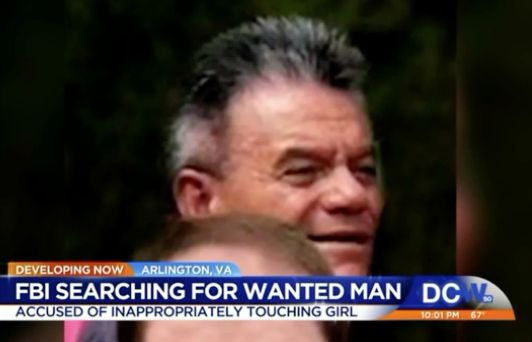 ARLINGTON, Va. -- (WDCW) -- FBI is seeking information regarding an incident that occurred at approximately 11:00 a.m. on Monday, May 29, 2017, in which an adult male inappropriately touched a minor. The incident took place while the male and the minor female victim stood in a crowd at the Arlington National Cemetery in Arlington, Virginia, during a Wreath Laying Ceremony.

The unidentified male repeatedly touched the minor victim, whom he did not know. The unidentified individual pictured is described as a Hispanic male, approximately 5'5" to 5'7" tall. He is believed to be between 50 and 60 years old with short, spikey, grey and black hair. At the time of the incident, he was wearing a blue or grey short-sleeved shirt and dark blue shorts.