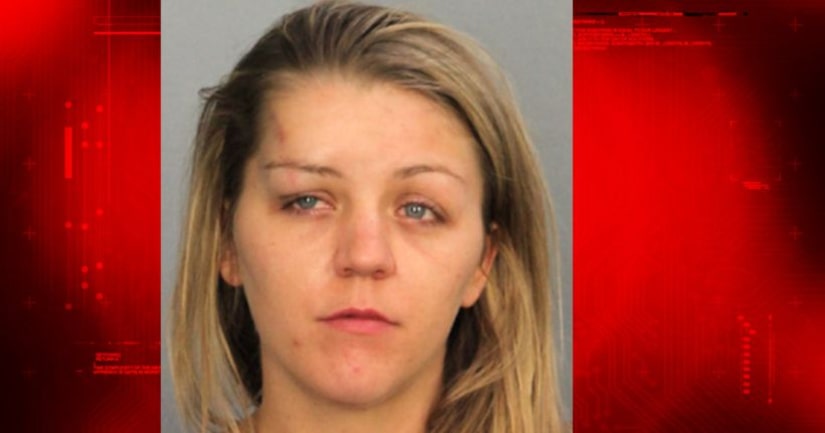 POMPANO BEACH, Fla. -- (WKMG) -- A South Florida woman spent Memorial Day in jail after she crashed her car and left a bleeding child behind in the wreckage, according to the Broward Sheriff's Office.

Catie Boyer, 24, faces charges of child neglect, driving with a suspended license and leaving the scene of an accident.

According to the arrest report, Boyer was driving a 2012 Nissan Altima in the 600 block of Northeast 33rd Street in Pompano Beach when it crashed into a tree. A 6-year-old boy was sitting in the back at the time without a car seat.

Deputies said Boyer ran away from the scene, leaving the boy with a cut to his head and an injured shoulder. He was taken to Broward Health Medical Center, where he received stitches to his head.

According to the report, Boyer was later found sleeping inside a vehicle in the hospital parking lot. She had an injured knee and a swollen forehead.