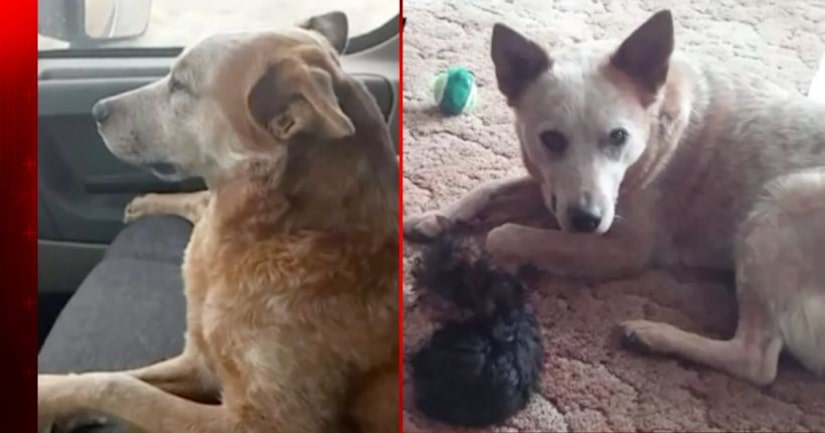 HELPER, Utah -- (KSTU) -- A family in Helper is desperate to find the person who shot and killed their dog. The five-year-old Red Heeler named Jazman was found dead lying in their yard Thursday morning.

“She was my buddy, everywhere I went Jazman went, I lost my best friend,” said owner Dennis Marshall.

Marshall said hunting and fishing trips will never be the same.

“She's been everywhere," he said. "She's been in 32 different states with me, all on the road."

“And I notice she had a puncture right behind her right shoulder,” said Marshall. “We took her to the vet and they pulled a .177 caliber pellet out of her heart.”

Anger, sorrow and confusion are just some of the emotions the family is feeling.

“I broke down and I kept saying, 'she didn't have to go this way, she was a really good dog,'” Marshall said. “She loved everybody; I just can't believe anybody would do that. Breaking the news to my 8-year-old daughter was the hardest because that was her dog; she didn't take it very well.”

Helper Police believe the dog was shot on purpose with a pellet gun. They are actively investigating.

“They said they are going to do everything they can to find the person responsible,” Marshall said.

The Humane Society of Utah is offering a $5,000 reward for information leading to an arrest, while Marshall has put up an additional $600 out of his own pocket.