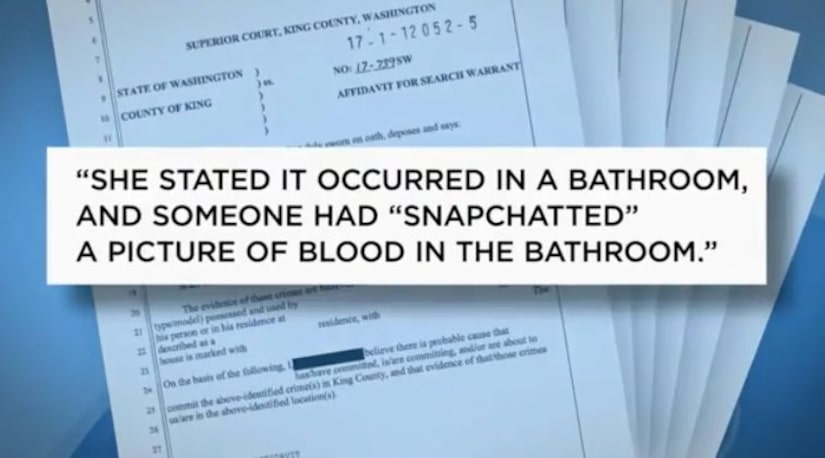 Photos of the crime and naked pictures of the incapacitated girl were posted on the popular social media site Snapchat, Clyde Hill police detectives say.

According to a search warrant affidavit filed in King County Superior Court:

Police were called to the home of a 14-year-old girl on April 3. The girl's father told police his daughter had been raped at an April 1 house party on Yarrow Point.