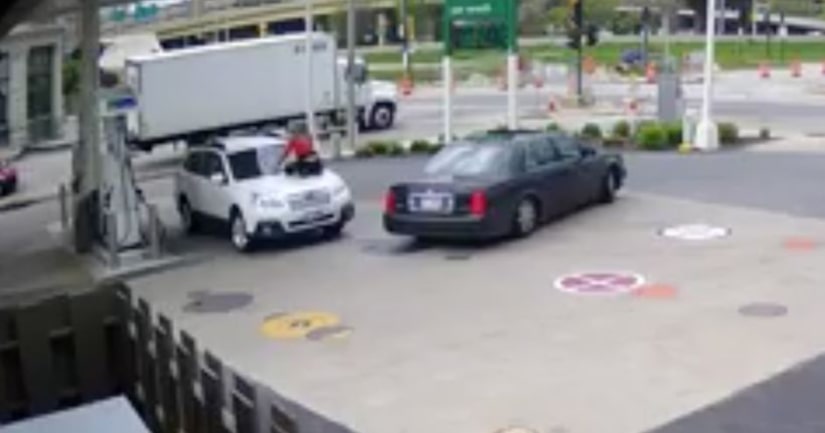 MILWAUKEE -- (WITI) -- A woman is sharing her harrowing story about an attempted carjacking that happened just south of downtown Milwaukee.

Melissa Marian posted on Facebook that she was gassing up her SUV on St. Paul Ave. on Tuesday, May 23rd around 2:00 p.m. That's when the suspects, apparently in a stolen vehicle, tried to steal her SUV.

Marian jumped on the hood of the SUV to prevent her vehicle from being driven off. After a couple of seconds, the person inside the SUV jumped out — and left the SUV in gear.

Marian was then forced to jump into a moving vehicle — even as the suspects drove away.

Marian said in the Facebook post that the suspects didn't get her SUV, but they did make away with her purse, iPhone and wallet.