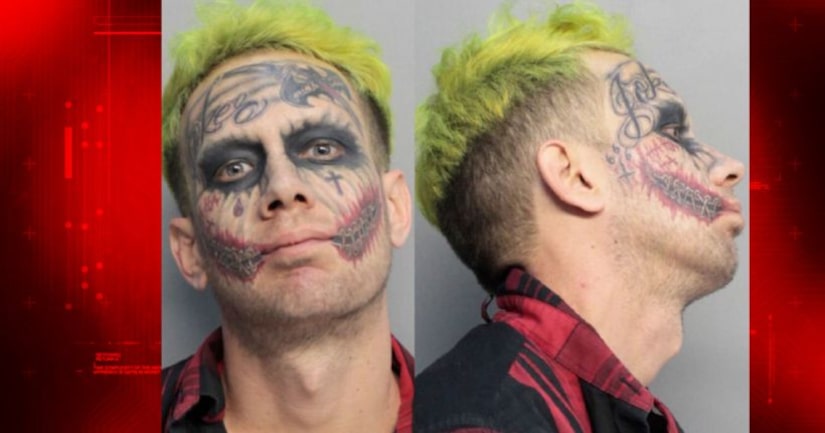 MIAMI -- (WPTV) -- A Miami man whose green hair and tattoos bear a striking resemblance to the Joker character from "The Dark Knight" was arrested after police said he was pointing a loaded gun at passing cars.

Sullivan was arrested after an officer responded to the 15200 block of Southwest 104th Street for a report of a man with green hair and tattoos on his face who was pointing a gun at passing vehicles, the report said.

The officer spotted Sullivan walking out of the front gates of the Hammocks Place Apartments. He patted Sullivan down and found the firearm, a Smith & Wesson handgun with six rounds in the magazine, in Sullivan's pocket, the report said.