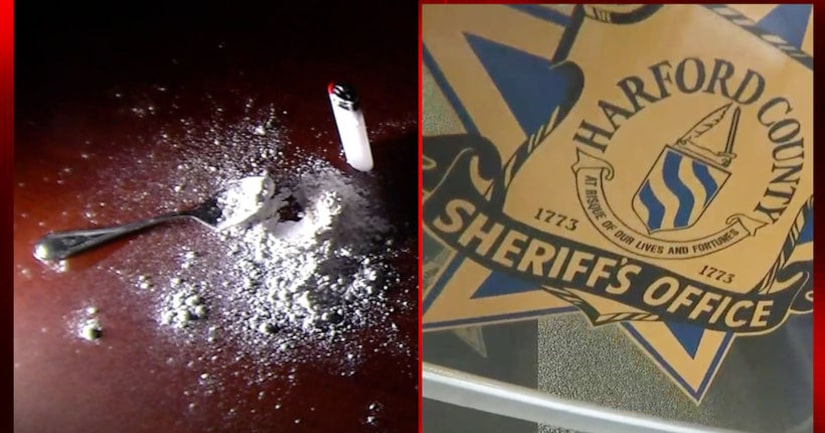 HARFORD COUNTY, Md. -- (WBFF) -- Terrifying moments for a sheriff's deputy in Harford County, as he began displaying symptoms of overdose while responding to a scene.

A few agencies across the U.S. have seen overdoses from first responders but this is the first one in Harford County. The scariest part: They are not sure how it happened.

Around 11 p.m. on Friday night the deputy and two EMS workers were treated for overdose symptoms while responding to an overdose call. The crews were on the scene for less than an hour and began displaying overdose symptoms themselves.

The deputy, an 8-year veteran on the force, became suddenly ill, was dizzy and experienced a rapid heartbeat. He was issued Narcan at the scene and then taken to the hospital.

There have been 171 overdoses so far this year in Harford County, up 200% from this time last year.

As the heroin epidemic continues to grow, the calls are becoming more dangerous for first responders.

“It's a whole new day, it's a whole new threat to public safety to LE to EMS and that is my first and foremost mission as sheriff is to keep our people safe,” Sheriff Jeffrey Gahler said.

The deputy was doing well and back at work on Tuesday.

On Wednesday the sheriff will meet with county emergency services director and other personnel to help look at the department's protocol and responses to see if there's better ways to address the scenes.