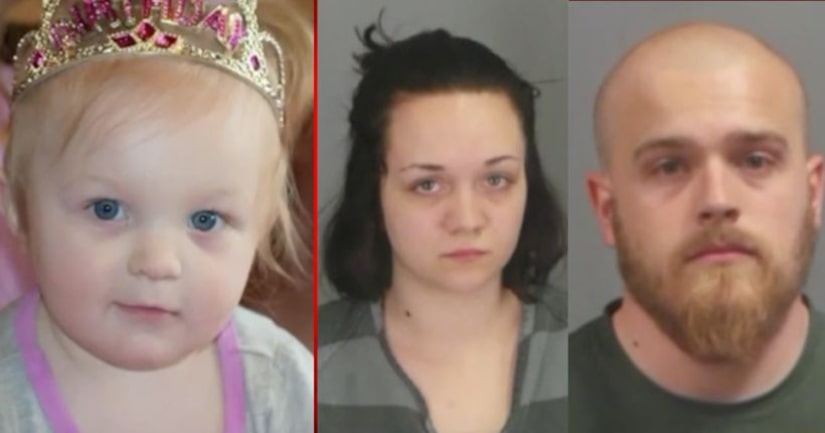 JEFFERSON COUNTY, Mo. -- (KTVI) -- A woman and her boyfriend have been arrested for the murder of a 2-year-old.Police accused the child's mother, 19-year-old Cheyenne Cook, and 24-year-old Richard Gamache Jr. of torturing the child. They said the toddler, identified as Addie Cook, died days after Gamache performed "wrestling moves" on her.

Police responded to the 3800 block of Dorchester Court in House Springs on May 16 to help with EMS. A child was having seizures and was taken to the hospital. She died a few days later.

Authorities found that the child had obvious signs of trauma during the visit to her home. They later discovered that Gamache performed wrestling moves including a "Batista Bomb" prior to the injuries that led to her death.

Investigators also found digital evidence of abuse exchanged between Richard Gamache Jr. and Cheyenne Cook. They say the communications reveal the two tried to hide the signs of abuse.

“This child was essentially tortured,” said Sheriff Marshak in a statement. “Our prayers are with 'AC' and the investigators that were intimately involved with this investigation.”

Police say that Gamache abused the child over time. Her mother was complacent and did not intervene or seek medical help.