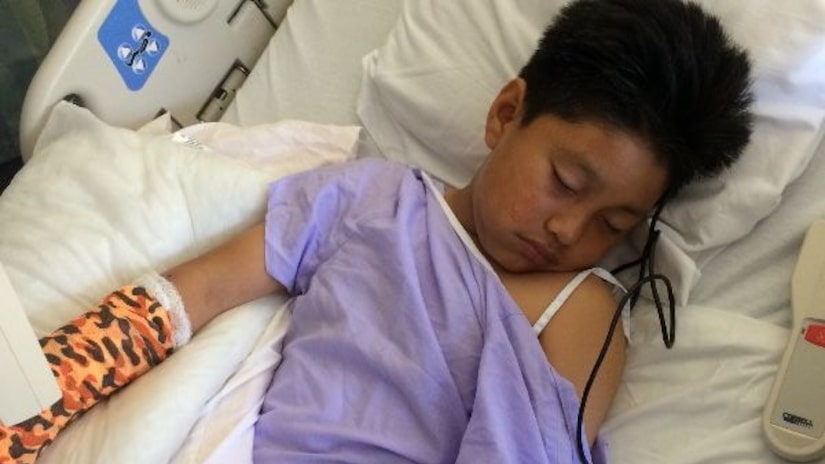 OAKLAND -- (KRON) -- A 9-year-old Oakland boy was shot and injured while walking his dog on Sunday night, police said.

When officers arrived, they said they found the boy shot.

The boy was rushed to the hospital where is recovering in stable condition. He was shot in the leg and torso.

Investigators believe that the victim was not the intended target.

The boy has been identified as Isai Catalan. The family has set up a GoFundMe page to cover his medical expenses.

The shooting happened during Catalan's birthday.