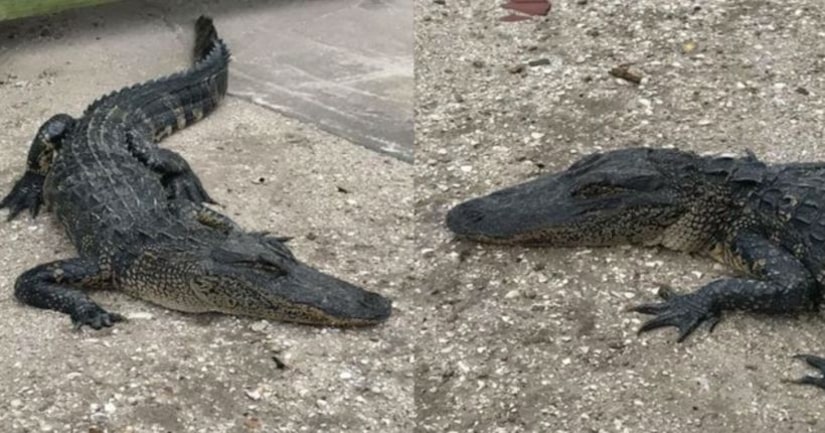 INDIANTOWN, Fla. -- (WKMG) -- Martin County deputies are asking for the public's help to identify the culprit or culprits accused of torturing an alligator by gouging its eyes out with a blunt object.

Deputies say the suspects also vandalized Del Monte Foods in Indiantown, where they kicked out a metal panel in the door, cut an electrical outlet and removed the fire extinguisher and sprayed it over large equipment.

The culprit(s) also turned on the outdoor water faucets, which caused flooding, and covered the outdoor tables in graffiti.

Deputies believe the suspects then found the alligator in the parking lot of the store and decided to torture the animal.

The 4-foot gator was blinded when the suspects gouged its eyes out with a blunt object. The animal also had cuts on its back.

Deputies called the Florida Fish and Wildlife Conservation Commission, and its officers were able to trap the gator. They then euthanized it as a result of its injuries.