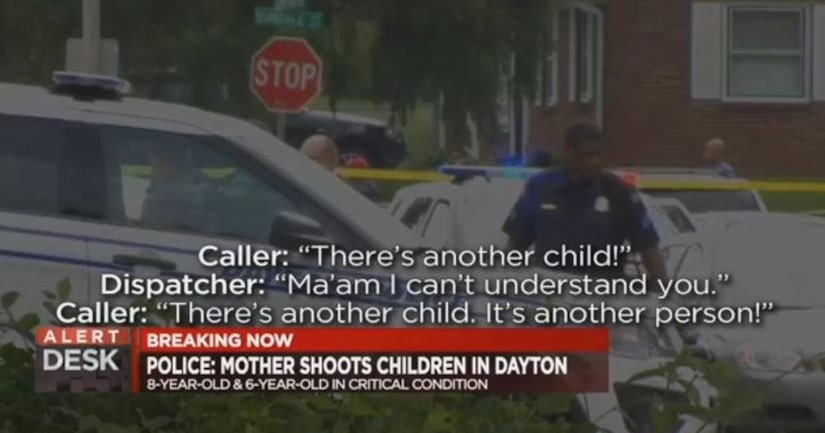 DAYTON, Ohio -- (WXIX) -- A Dayton mother is in jail after police said she shot two of her children in the head.

Claudena Helton, mother of three, is facing two charges of felonious assault and was booked into the Montgomery County Jail Thursday afternoon.

Helton's oldest child, 11, was home when this happened and she is unharmed, according to Dayton police.

Witnesses reported to police the mother took the two children from the home and into the front yard after the shots were fired. Police also said she was naked.